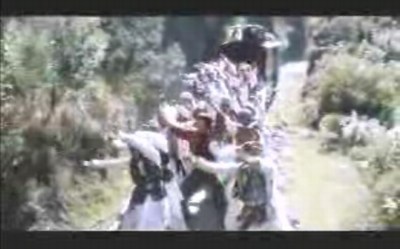 As soon as it started, I knew that “Chaiyya Chaiyya,” a song from the 1998 breakout Indian film Dil Se directed by Mani Ratnam with music by A. R. Rahman, would make my list of Favorite Music Videos Shot On A Train.
Right now it’s duking it out with Lars von Trier’s and Bjork’s train song from Dancer In The Dark from the top spot. It is, at the moment, a two-song list.
Chaiyya Chaiyya, from Dil Se [youtube via tmn]
Previously: 101 Cameras: Lars von Trier and Me