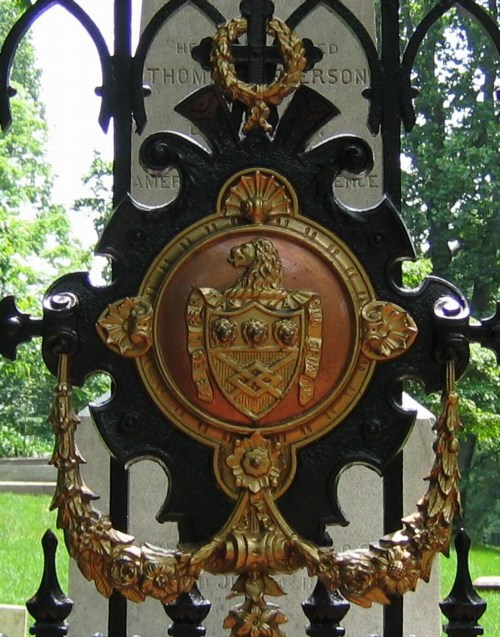 We went to Monticello this weekend–Jefferson was a complicated guy, brilliant, thanks for the Declaration etc, etc., but wow, high maintenance–and came away with a question about the Latin motto in the Jefferson coat of arms, which adorns the gate of the family cemetery where Jefferson and his white lineal descendants are buried.
Though we got the gist of it, the motto, “Ab eo libertas a quo spiritus,” had enough prepositions in it to make it hard to parse. But as we walked down the hill, trying to figure out “eo,” we realized we probably couldn’t. All we could do is look it up, and then we’d know.
That’s the binary situation the net has put us in: we either know something now, or we know it the instant after we look it up. There’s no figuring it out, no hints, just the answer.
Of course, this isn’t true for everything, or even most things–Google’s not just cold telling me where Jasper Johns’ Flag is, that’s for sure–but it’s true for enough things.
And that kind of bums me out a bit.
As for the motto, it does turn out to be a prepositional mess, which Jefferson may have added himself: “The spirit (comes) from he from whom Liberty comes,” or “Liberty comes from he who gives life.”