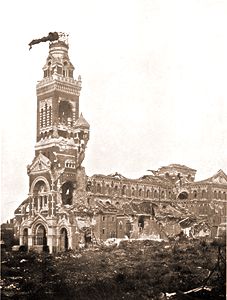 The quote is from Christopher Woodward’s book, In Ruins, which was sensitively reviewed in the New York Times. Cited near the end of the review, the line resonated with both the story in my short film Souvenir and my own experience. It reminded me of an overheard comment from almost exactly a year ago, “I just wanted to be a part of it.” The great part of Woodward’s book deals with the “pleasurable pain” ruins evoked as late as the 19th century, when “modernizing” civilization finally yielded a city larger than 4th century Rome or a building larger than the Colosseum.
In the Somme (where parts of Souvenir take place), there are almost no ruins. Unlike Verdun, which the French quickly covered with a bell jar of remembrance, the Somme was pretty much rebuilt, monumented, or plowed under. In reviewing Woodward’s book, Richard Eder writes that modern society (ie., weapons+tactics+building technology) may have made ruins obsolete, to our detriment: “With nuclear weapons or box cutters we are able to annihilate the past as well as the present.” 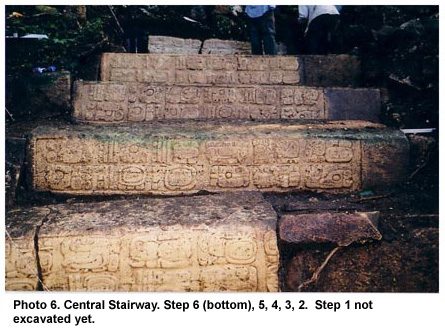 In the review (and presumably, in the book, too), these lessons don’t really jump out, but instead come into view, like a Mayan temple engulfed by the jungle. On September 10th, archeologists reported a major discovery, carvings that reshape the history of Dos Pilas, a Mayan ruin in Gautemala. The carvings came to light after the country suffered widespread devastation last year from Hurricane Iris. Sometimes it’s only in the aftermath of destruction that modern society even thinks to learn lessons from the past. Or as Woodward puts it, “When we contemplate ruins, we contemplate our own future.”