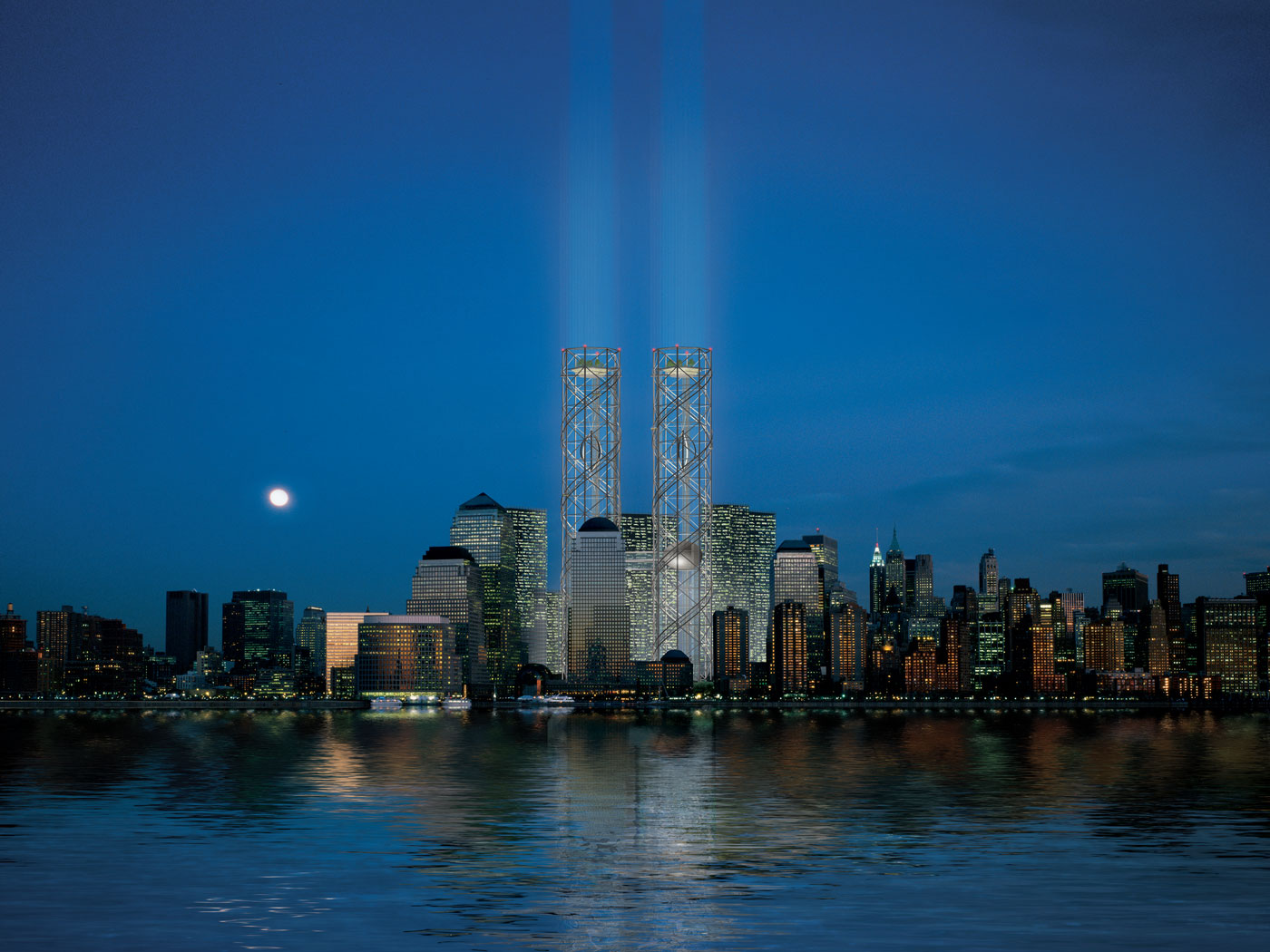 Team THINK’s winning WTC design: lattice towers with a, um,
museum? embedded in it image: vinoly.com
Goin’ to hear THINK architect/model Rafael Vinoly at Urban Center tonight (as suggested by Gawker)? Ask him if the reason he was a no-show yesterday on WNYC’s Brian Lehrer Show was that listener’s early comment, which surprised Lehrer, about how THINK’s towers appear to have an airplane embedded in it? Listen to the exchange is in the “3rd audio clip. [2016 updated link to WNYC archive page currently has no audio.]
[Note: If you watch THINK’s video on The NYT‘s slideshow, the shape of the “airplane” is quite different; it looks more like a giant aluminum cheese straw. For THINK’s sake, I hope that’s closer to their intentions. One team of architects trying to sneak a shudder-inducing memorial past us is more than enough, thanks.]
[2016 update: lmao of course most of these links are dead, I cannot BELIEVE that the realaudio of WNYC’s show from 13 yrs earlier is not there anymore! But I un-hotlinked and updated the image and the Vinoly link. Swimming against the tide of time, also Gawker RIP]