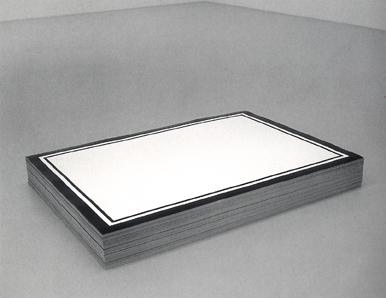 Untitled (Republican Years), Felix Gonzalez-Torres, 1992
currently in “Stacked” at D’Amelio Terras
If you are boycotting the French right now, you’re a loser. They’re putting on some of the best shows in town. Additions to an incomplete list: