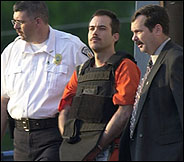 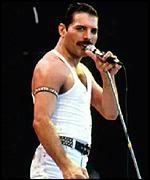 What are the odds that Eric Rudolph, NC mountain man and religious fundamentalist extremist suspected of bombing a gay bar, would look so much like late Queen lead singer, Freddie Mercury

cf. From the mountains to the sea. Artist Donald Moffett’s courtroom sketches from the murder trial of “Christian soldier” Mr. Ronald Gay, who a shot up a gay bar in Roanoke, VA. Also, Larry Clark’s Bully, not on the DVD list.