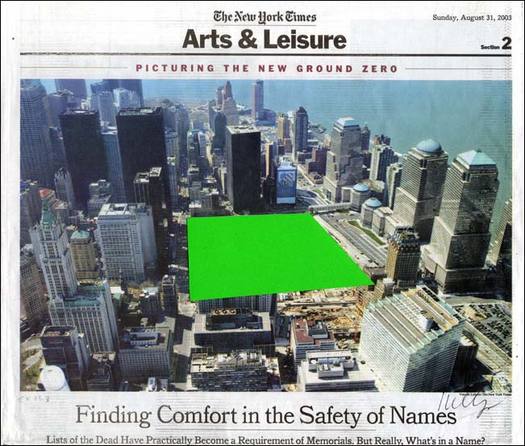 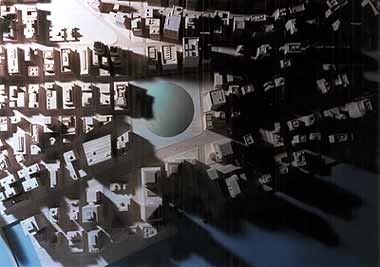 Tadao Ando’s proposal, meanwhile, was inspired by a Japanese burial mound.
John Baldessari (via NYTimes, 9/30/01):
“I don’t think anything should be built. The site should be a park. It’s an insane idea because the site is going to be an office, because the business of America is business.”
I can’t find Joel Shapiro’s idea online, but this year, Joel Shapiro collaborated with Vinci Hamp Architects on a WTC Memorial proposal.