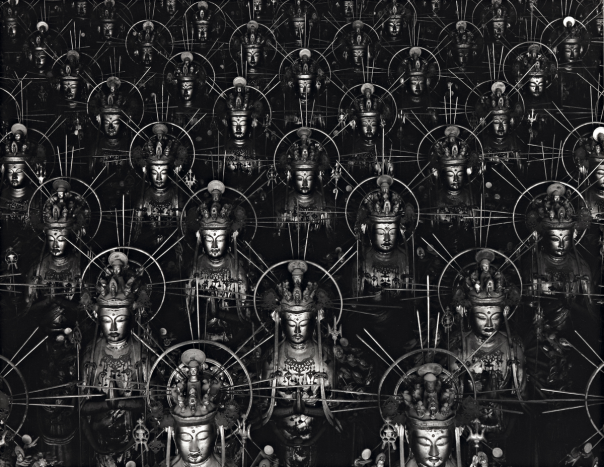 Hall of Thirty-Three Bays, 1995, Hiroshi Sugimoto
Hiroshi Sugimoto: I came for the Seascapes, I stayed for the Hall of Thirty-Three Bays. I love Sea of Buddhas, 1995, his series of nearly identical photos of the Sanjusangendo, shrine in Kyoto. They’re generally under-appreciated, partly because they work best when seen all together.
Fortunately, Chicago has started making up for the Cow Parade embarrassment by putting the whole series of Sea of Buddha on view at the Smart Gallery at the University of Chicago until Jan. 4th. 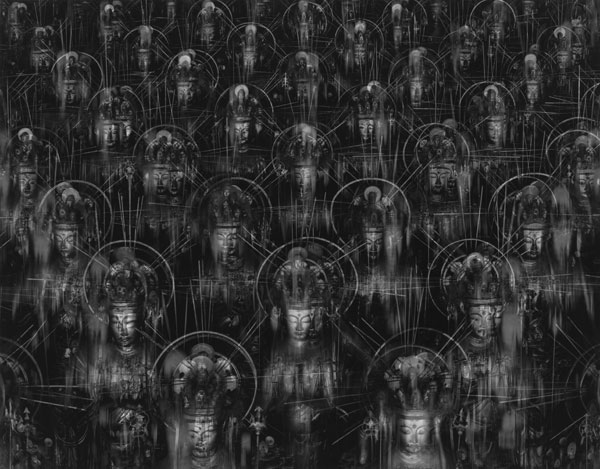 Hiroshi Sugimoto, Still image from Accelerated Buddha, added 2013
Also on view, the artist’s rarely seen video, Accelerated Buddha, which rocks like only an increasingly shimmering animation of nearly identical still photos with a sharp electronic soundtrack by Ken Ikeda can.
Related: an interview with Hiroshi Sugimoto [update, which I retrieved from the Internet Archive, since the original site is gone.]