Finally, someone’s asking the right questions in Iraq, like, “how’d they get that shot?” Virginia Heffernan reports in the Times on the ultimate embeds: the soldiers who go into battle armed with digital video cameras (“the camera is our first weapon”) to record US military activity. Like Saddam Hussein’s medical checkup, which includes shots–like the glowing underside of Hussein’s tongue–that Heffernan rates as high art. 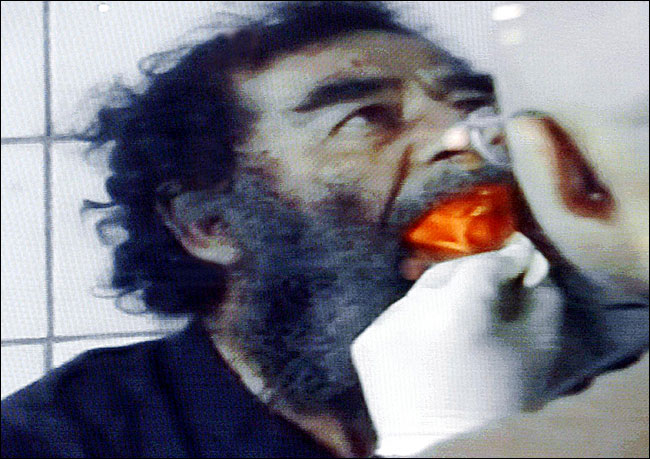 what’s the opposite of independent? Film, that is. image: nytimes.com/getty images
These combat camera crews use Sony PD 150’s, just like civilian photojournalists (and the rest of us). In fact, I bought my first camera, a Sony VX-1000, from a war-documenting friend (whose production company, no coincidence, is named Combat Camera), who was supposed to star in Souvenir November 2001 until he got pulled into Tora Bora (ahh, the memories).
Like most documentarians, these filmmakers have a hard time getting distribution; Pentagon suits are even tighter-fisted than Miramax. But if they make a real heartstrings-pulling story –like the Jessica Lynch rescue or the Hussein body cavity search–when it does hit screens, it opens verrry wide.