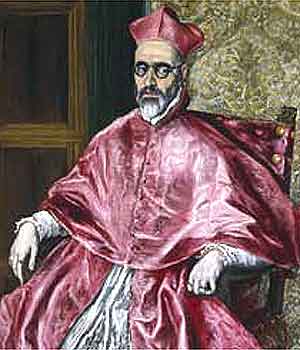 El Greco, from The Met, via the Guardian’s online gallery
“Dibujar e mas dibujar (draw and draw some more).” That’s El Greco citing Michelangelo about the importance of drawing. The Guardian’s James Fenton mentions it in his backstage report at the National Gallery’s El Greco exhibition, which opened this week. Fenton muses on drawing’s ephemerality while watching curators uncrate works for the show. In the process, the curators have to hold him back from drooling half the world’s El Greco drawings right out of existence.
Also open in London: a sturdier Donald Judd retrospective at the Tate Modern [review], which is up alongside Olafur Eliasson’s The Weather Project until mid-March. Road trip!
Related:
Adrian Searle’s El Greco review: “the power of a hand grenade”
Eliasson’s Weather Project in (my) photos from the opening, before the first million people saw it.