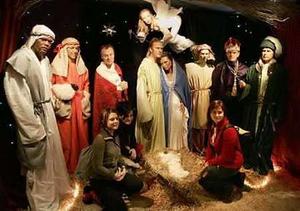 I’m a bit crazy with an offline deadline, so I’ll just give you your assignment:
Starting with the prospect that wax does not, in fact, melt when submerged in the fiery pits of hell for all eternity by a wrathful God, please plot rank the following in order of sheer implausibility: