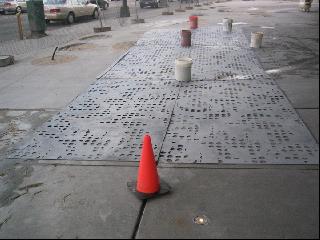 So the Walker Art Center reopened last week in Minneapolis, and the reviews I’ve seen are great.
Did you know they had what amounts to a production blog for the completion of the new Herzog & deMeuron addition? Titled “New Media Initiatives,” there are entries about architectural minutiae like sandblasting H&deM patterns on the new sidewalk, testing semi-reflective films for the projected signage, and kiosks. Lots of kiosks. Solid, geeky museum stuff. There’s also an education-related blog.
New media initiatives [blogs.walkerart.org, via man]