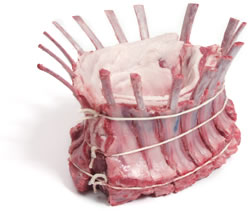 Miss Representation dumps a scalding hot cup of realism in the Port Authority’s lap by asking if their crown jewel–and the only thing the PA’s obduracy hasn’t botched so far–the Calatrava “transit hub”, isn’t just a crown roast instead.
The official line, of course, is that everything’s going smoothly, no hitches, what? but as MR points out, that’s demonstrably not possible, given the degree of flux and uncertainty surrounding all the other elements of the site redevelopment.
And then, on its face, he says, the design seems guaranteed to fail as anything other than a pompous, largely superfluous “glass hat.” And we know Calatrava’s not above building one of those, given budget enough and a seducibly ignoramic client.
I don’t see how ‘roof of bones’ won’t be the inevitable epithet. [miss representation]
previously: How is this Calatrava Moment different from all other Calatrava Moments?