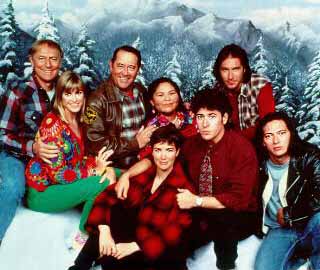 Good Morning, Cicely! Whether that’s Cicely Brown or Cicely, Alaska, only time will tell. WPS1 is broadcasting live from a party barge near the Arsenale, site of the Venice Biennale.
The web audio programs will should be up within a couple of hours days, max, of their actual creation, so if you’re the other [*cough*] art world groupie not in Venice at the moment , you can still follow along online someday.
But who cares what you think if you’re not in Venice, anyway? And if you are, you won’t care, because you’ll be gettin’ your WPS1 on over the air, via one of the 10,000 free WPS1 fixed-frequency radios being distributed to the masses of VIP’s. (And you’ve probably expended too much energy trying to get it upgraded for one of the 5,000 VVIP radios, which, although they look less cool, still, in an irrational way you can never adequately explain to your parents over Thanksgiving dinner in that leafy suburb you fled with disdain, signal your ascendance into the top third of your class, 67th percentile, which if you think about it, is barely passing. Hope they’re grading the art world on a curve.)
Anyway, by pumping out a low-power FM signal on the ground [sic] in Venice, WPS1 is making a play to become the local radio station for the art world’s small town. Entertain yourself with the notions of artmacher flashmobs and storming the Arsenale if you like, but it suddenly reminds me of Chris, the DJ on Northern Exposure, who later packed it all in, changed his name to Aiden, moved to the city, and hooked up with a neurotic sex columnist.

WPS1 Live Venice Broadcast Schedule [wps1.org, most of Monday’s shows are up. must be one helluva party on that barge]