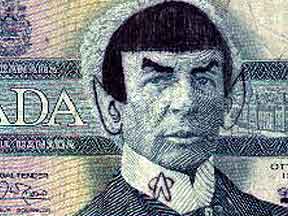 Sarah Boxer is disappointed in–can I say it? too late–Janet Cardiff’s online piece, Eyes of Laura. Cardiff created a journal (don’t tell the bloggers, but she actually calls it a blog) for a bored security guard in the Vancouver art gallery which commissioned the piece.
Boxer seems to feel the work depends on a suspension of disbelief that is actually IS a work of art, particularly one by Cardiff: “Maybe the illusion of the Web site collapses because it is, paradoxically, too complete, too fleshed out.” I can’t imagine this is the case.
While the site doesn’t have opening credits or anything, Cardiff’s association with it is not as secret as Boxer seems to think. First there’s the site’s distribution. I’m sure it’s promoted/shown at the gallery itself, as any artwork would be. And as Zeke pointed out, the project launch was advertised on e-flux, the giant art world mailing list. Articles like Boxer’s mention it in the context of Cardiff. Googling either Cardiff or “Eyes of Laura” completes the circuit, too. The number of site visitors without a Cardiff clue must be miniscule/irrelevant.
As for the site experience itself, Boxer’s right, it’s too slick. What security guard’s blog asks you to check your media player preferences and tells you to get Flash before entering? From the get-go, it’s an intentional construct, an Online Experience. It’s true the red-on-red text (hidden in my browser) on the splash page gives only the fictional author’s explanation of her site, but Cardiff is mentioned multiple times in the source code. And of course, the domain name itself belongs to her.
On those terms, then, Eyes of Laura is The Idea (a fictional journal) plus the ideas and observations within it, which are thoughtfully, earnestly cryptic and fragmented, but self-consciously so (no “I’m scratching my butt, I’m so bored.” entries, but then maybe Laura just would never write that. Oh wait, I’m wrong: “June 28…Have you ever seen a ‘Spock Five’?”)
Compared to her audio walks, the online piece may feel over-produced, but it’s within Cardiff’s range: she’s done video tours, too, after all, and her Venice pavilion/theater was like a ride at an art world Epcot Center. As one who’s lost the trail on a Cardiff walk before (St Louis), and had her stage-whispered narrative play out over visuals I selected myself, the website’s degree of user control is welcome. I’d argue for even more–an actual blog format–even at the expense of some slickness.
Ultimately, though, Boxer and I agree on one point, if for different reasons. The character of Laura doesn’t quite work. Cardiff’s pieces are always mannered, and I’ve always taken them as extensions or iterations of the artist herself. A lot of art works that way; even when the artist doesn’t intend it to, it gets read that way. So when I read “Laura” explaining “her” site, like this:
“But remember this is all illicit and voyeuristic and illegal. Remember, I am putting my job on the line so you can see this stuff.”
I don’t hear a 25-year-old guard; I hear an artist in her late 30’s trying real hard to sound transgressive, to sound cool, to sound 25.
Eyes of Laura, an online project by Janet Cardiff [d’oh!]

When Seeing Is Not Always Believing [nyt]