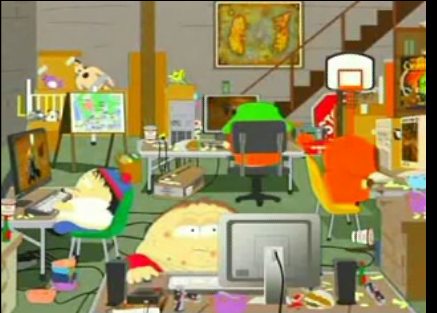 I missed the hilarious machinimesque World of Warcraft episode of South Park on Wednesday, and I managed to catch half of it last night. Did I mention it’s hilarious? The whole thing is streaming at wowsouthpark.com for the moment. Personally, I’m happy to watch it with commericals.
And while I, too, have a life and so don’t know my Warcraft macros from Final Fantasy’s, but even though the lingo’s as authentic-sounding as any ER claptrap, it was Cartman’s hypnotic ascending tone that had me laughing out loud. [via waxy]