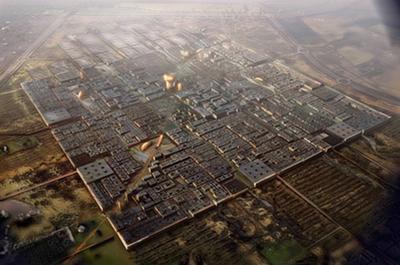 So a couple of weeks ago, Sir Norman Foster and his firm announced the creation of Masdar, a 6 million sqm square, solar-powered development in Abu Dhabi that will be “the world’s first zero-carbon and zero-waste city.” 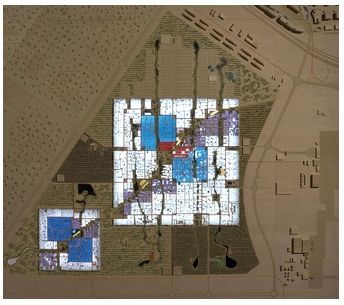 Now Rem Koolhaas is all pissed off because Masdar’s plan [above] looks too much like the Rak Gateway project for nearby Emirates [below], which OMA is set to unveil next week in Dubai. 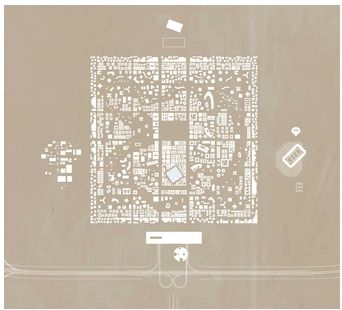 So Rem’s all up in Foster’s grille, trying to establish credit for building a giant, geometrically idealized, self-sustaining, sun-powered megalopolis in the middle of the Arabian Peninsula by saying, “We want to establish that we launched this project in November last year”?

Excuse me, but The Animatrix came out four years ago, in 2003. So concept credit must go to the Wachowski siblings, Geof Darrow, and Mahiro Maeda. Then again, claiming credit for building Zero One is the Matrix universe’s equivalent of bragging about founding SkyNet. And what kind of inhuman, power-drunk megalomaniac would–
Aha. Verdict: Koolhaas.
Norman Foster’s Green Desert Utopia in Abu Dhabi [inhabitat]
Koolhaas, Foster clash over ‘similar’ designs [bdonline via dailydose]