The Japanese magazine Art-iT asked ten artists, directors, curators and i-don’t-knows for their top ten “‘artistic’ films of the 21st century”. I was glad but just a little surprised to see Jeremy Blake’s Sodium Fox, which I don’t think was as good as Winchester. 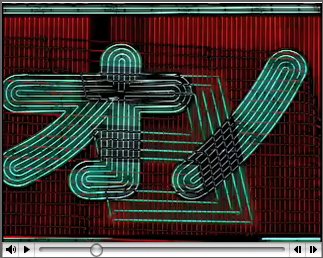 And I was pleased to see Takehito Koganezawa, whose Untitled (Neon) plays like a documentary Jeremy Blake. I’m surprised that no one put Christian Marclay’s Video Quartet on a list, but not as surprised as I was that they put anything of Bill Viola’s. Ugh. But the most 21st century list of all is probably Ukawa’s, because as you know, if it’s not on YouTube these days, it doesn’t exist.
The Listmakers:
Kataoka Mami
Kurosawa Kiyoshi
Barbara London
Hans Ulrich Obrist
Johan Pijnappel
Sawa Hiraki
Mike Stubbs
Ukawa Naohiro
Apichatpong Weerasethakul
Elga Wimmer
10×10 “artistic” films of the 21st century [art-it.jp via jeansnow.net]