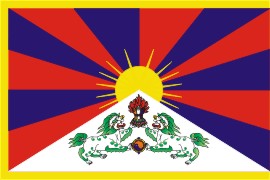 My daughter got Tibetan necklaces for Christmas when she was two. I asked her if she knew where Tibet was. And then I told her, “It’s next to China.” 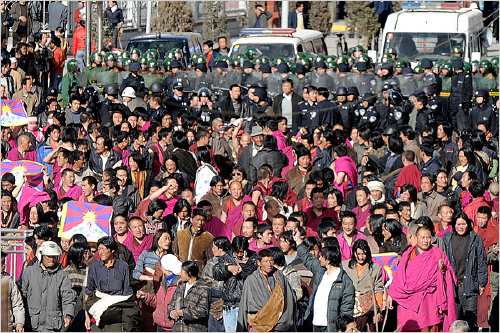 image of Buddhist monks in Xiahe, Gansu province [in China] showing solidarity with protesters in Lhasa on the occasion of the 49th anniversary of the Tibetan rebellion against the Chinese invasion, which ended in the Dalai Lama’s fleeing the country: AFP/Getty via NYT.
Tibetan Government in Exile [tibet.com]