Another of the things that Richard Serra said at LACMA last week has stuck with me was the artist’s call to arms for abstraction: basically, for artists in the 20th century, you’re either with us [i.e., Serra and Malevich] or you’re with the terrorists [i.e., Duchamp]. 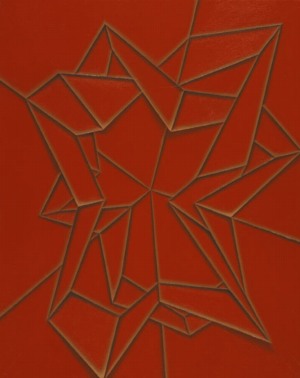 I was reminded by it, ironically, by the Times’ review of the new Tomma Abts show at the New Museum. By now, the spatial effect of seeing Abts’ arduously determined, small-scale, abstract paintings installed in large, white cubes is part of her experience. Abts’ room at the Carnegie International–which was also curated by Laura Hoptman–was an engrossing highlight; the paintings commanded the industrial space at greengrassi in London, too.] Ken Johnson writes, “Ms. Abts’s 14 small works look as though they died and went to heaven.”
But he also said, “Stylistically the paintings seem oddly out of sync with the present; they could be recently rediscovered works from the 1950s or ’60s.” That sense of anachronism seems inextricably tied to both the style–abstraction–and to the size. Though I can think of powerful exceptions, it seems like abstraction and smallness have been out of sync since WWII. 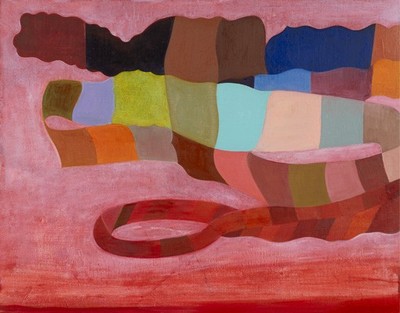 Abstractionist Thomas Nozkowski, who gets namechecked by Johnson–and whose resurgence is happening right now withfirst show after switching from Max Protetch to PaceWildenstein–talked in 2004 of deliberately choosing in the 70’s to paint on small board instead of giant canvas…

You can’t really understand artists of my generation until you factor the political atmosphere into any analysis of their work. I felt that I could no longer do big paintings that were for an audience of the very institutions that I then despised. The last thing I wanted to do was to paint for a museum, to paint for a bank lobby. I wanted to paint paintings that could fit in my friends’ rooms. So I started making 16 by 20 inch paintings that you would recognize today as my work, in 1975. These pictures, initially for political reasons, had roots in subject, in things that connected to the real world.

…and of the extremely skeptical response he received at the time, from curators, dealers, and his fellow artists:

I remember Steingrim Larssen who was then the director of the Louisiana Museum near Copenhagen coming by, and, to my surprise, he got excited about the paintings. This was 1975 or ’76, and he pulled a whole group out, said that he thought they were really interesting and then said, “Your psychiatrist told you to do these right?” He just thought it was some kind of therapy, he couldn’t imagine that this was serious work. I got a lot of that. Even Betty Parsons who was very supportive and loved young artists, she would flinch whenever I showed her a painting. So, I joined a co-op gallery to have a way to get them out of the studio and into the world.
…
There was an organization called The Organization of Independent Artists and they were attempting to subvert the gallery and museum system and all the established hierarchies. They had decided that each artist shown in their group shows would pick the next artists and so on. I was one of the artists chosen for the second show. I remember going to the organizational meeting and being told that the other artists had decided I couldn’t be in the show because the paintings weren’t serious.