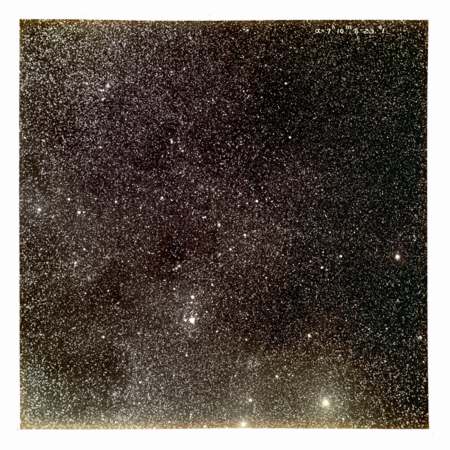 Edward Emerson Barnard was a self-taught astronomer who built a house for himself and his new bride with money earned spotting comets. [A patent medicine magnate was offering $200/comet in the 1880’s; in one year, Barnard spotted eight.] He was the first person to discover a new moon of Jupiter since Gallileo.
In 1895, he became a professor of astronomy at the University of Chicago, which gave him the observatory access he needed to complete one of the first photographic sky surveys. He spent decades, up until his death in 1923, photographing the Milky Way and nebulae, and overseeing the printing of photographs for his survey.
Thanks to the tireless efforts of his cataloguer and assistant Mary Calvert, A Photographic Atlas of Selected Regions of the Milky Way, which was finally published in 1929, in an edition of around 700. It’s a stunning achievement, a handmade artist’s book in the form of pioneering science. 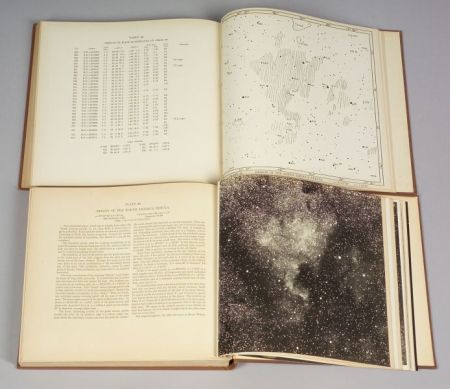 Georgia Tech’s library has digitized their copy of Selected Regions of the Milky Way, which allows broader access, and reduces wear and traffic on the $8-10,000 books. [The example above sold at Skinner’s scientific instruments auction in 2006 for around $7,000. Can’t find the exact number right now.]