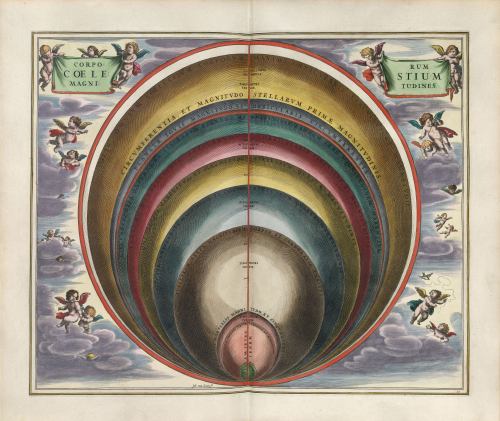 Christie’s is calling Andreas Cellarius’ Harmonia macrocosmica “PROBABLY THE FINEST CELESTIAL ATLAS EVER PUBLISHED.” But then, they would; they have a first edition from 1660 they’re hoping will sell for $80-120k next week.
Cellarius compiled the celestial maps of Ptolemy, Copernicus, and Tycho Brahe into one exquisitely illustrated volume which was reprinted first in 1661, then after Cellarius’ death in 1708, and in a couple of contemporary re-editions up to and including Taschen’s reproduction.
Plate 10 [above]: CORPORUM COELESTIUM MAGNITUDINES – The sizes of the celestial bodies.
Plate 17 [below]: SOLIS CIRCA ORBEM TERRARUM SPIRALIS REVOLUTIO – A map showing the pre-Copernican theory that seasonal changes were attributable to the sun’s spiral orbit around the earth. 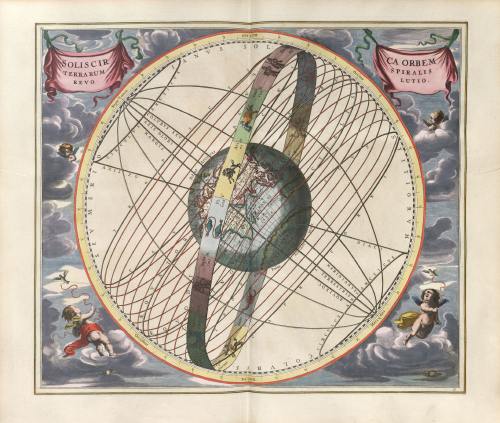