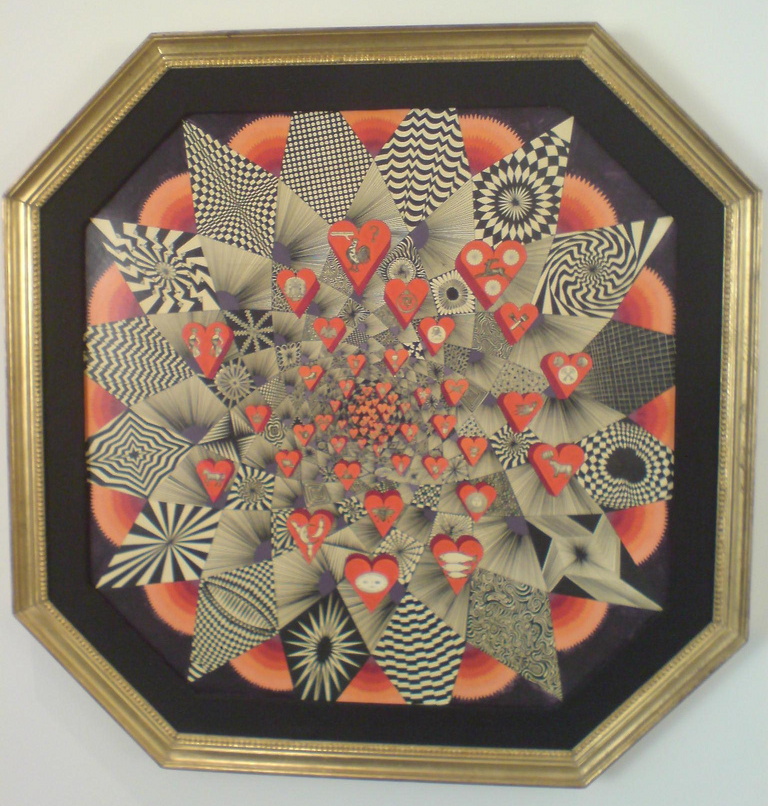 My step-father bought this crazy Pedro Friedeberg painting in 1966 in Mexico City. It’s ink and paint on board, and the title is Hairless Hearts Of Some Hairy Nuns.
Here’s a large detail of the central rooster, who is saying “Pseudo-Cybernetics.” 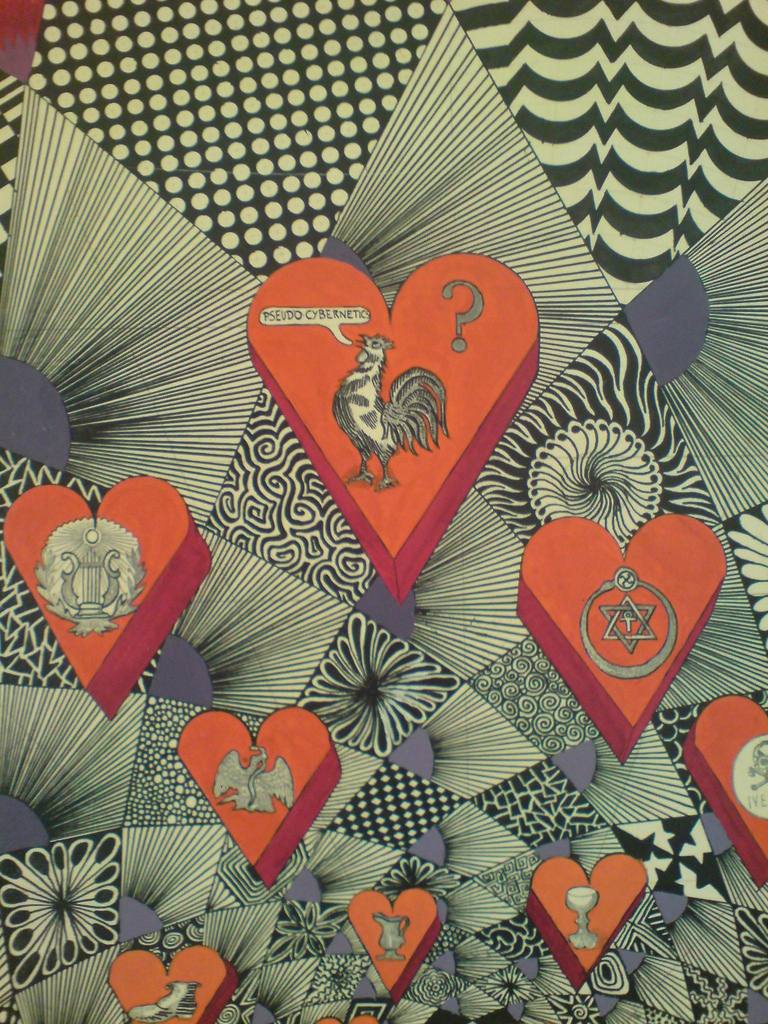 Friedeberg is an esoteric, dada-esque, surrealist probably best known for his large, hand-shaped chairs. He seems like quite a character, sort of a Mexican Dali making spritist Vasarelys.
Hairless Hearts… was included in an exhibition at the Antonio Souza Gallery organized as a cultural sidebar to the 1968 Mexico City Olympics.
Here is a list of the other paintings in the show: