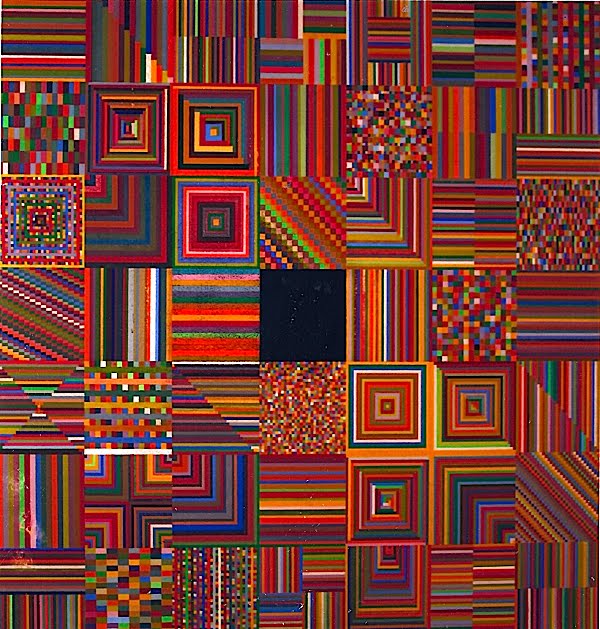 I’ve been focusing so much time on Johns, I fear I’ve been neglecting Johnson. But I wonder if he’s alright with that. Maybe Ray Johnson’s collage blends so seamlessly into Rauschenberg’s Short Circuit because collaboration, transformation, and subsumption were so central to Johnson’s own highly advanced, collaging practice. It’s enough to make me wonder what, if any, influence Johnson had on Rauschenberg during those early Black Mountain and combine days. Hopefully, there are theses on this already, or at least already in the works.
Meanwhile, I’ve had Johnson’s remarkable 1951 painting, Calm Center, open on my desktop for a couple of weeks now. It’s just beautiful. And the seriality, the grid, the geometry, the pixels, in 1951! I mean, wow. This what he dropped to start his correspondence and pop? Johnson could have been any major artist he wanted to be, and I think he was.
I’m gonna rewatch How To Draw A Bunny right now.
Previously: Ray Johnson on greg.org