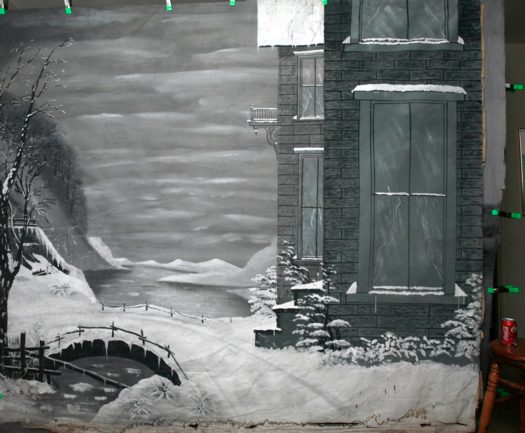 Holy smokes. Of course you know that blogger/collector/scholar Jim Linderman published The Painted Backdrop: Behind the Sitter in American Tintype Photography 1860-1920. Which would make him the go-to guy for anyone with some actual, original, extraordinarily rare, painted 19th century photographer’s studio backdrops to sell.
Jim’s correspondent, in fact, has two. And they look awesome.
I love that they’re painted in black and white. Just like the 19th century itself.
Pair of original 19th century painted photography studio backdrops (for sale) [dull tool dim bulb]
Related: Frederic Remington’s black & white paintings-for-engraving