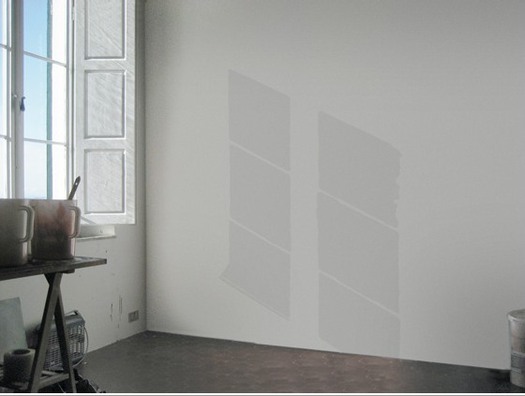 I’ve always admired the series of site-specific Wall Works produced over the years by Edition Schellmann, even though I’ve never mustered the courage to buy one. Fear of commitment, I guess. Too nomadic.
Well, no, that’s not quite right. Because their finitude is part of their appeal. The way they thwart commodification and exchange by being limited, by nature and design, to a finite number of installations. 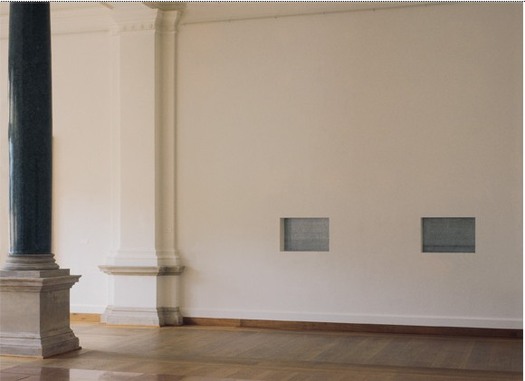 You could cheat, I suppose, and reinstall your Judd elements once you know the ratio. Or re-paint your Darren Almond sunlight once you know the angle or time. But then what have you got? If you’re going to ignore the artist’s intention, you might as well save the dough and fabricate the whole thing anyway. 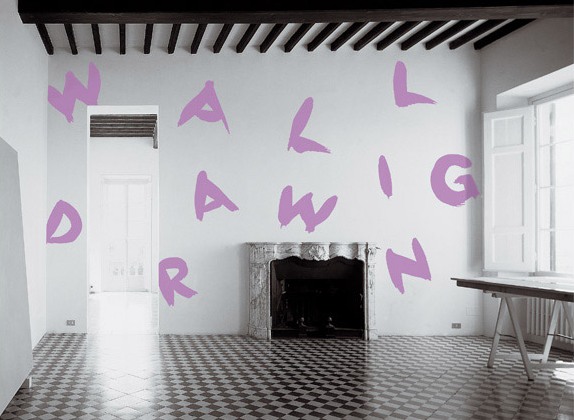 Anyway, none has ever made me sad, until now:

Wall Drawing, Sol Lewitt, 1992
description:
“wall drawing” to be written on a wall in the hand of the owner, medium and size to be chosen by the owner. Limited to 10 installations. Certificate: an 8 x 10″ black and white photograph of the installation, sent by the owner to the artist, who will sign, number and return it.

I guess finitude is the right word:

Finitude. To be carefully distinguished from “mortality.” Finitude refers not to the fact that man dies but to the fact that as a free choice of his own project of being, he makes himself finite by excluding other possibilities each time that he chooses the one which he prefers. Man would thus because of his facticity be finite even if immortal.