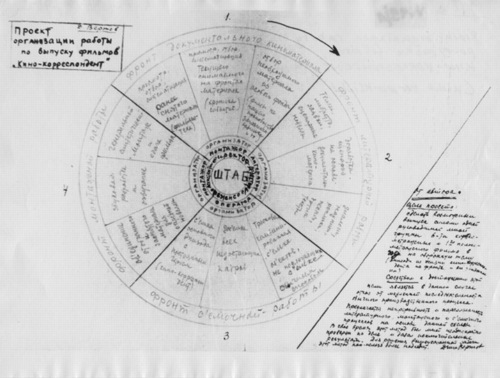 I’ve had this image of Dziga Vertov’s filmmaking process/org chart on my desktop for a couple of weeks now, ever since it was image of the day at mubi.com.
It’s specifically for his “Kino Korrespondent” films, which he produced in 1922-25. There’s crew in concentric circles, expanding out from the director. And the four quadrants of the wheel are apparently “fronts”: documentary, literary, recording, and editing. It seems like a cycle, or an iterative process.
MoMA just completed a major retrospective of Vertov’s films, including, for the first time, all his Kino-Pravda works. The working diagram immediately reminded me of the poster that was the icon for the series, from the 1930 film, Enthusiasm: Symphony of the Donbass. Enthusiasm is an experimental film symphony of synched documentary image and concrete sound. 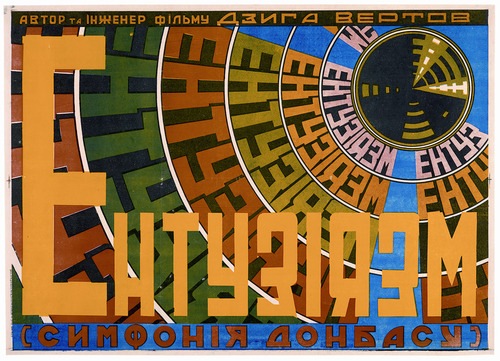