Maybe it’s because I was reading about Jean-Pierre Reynaud and Superstudio’s Quaderna furniture last night, but for the first time, I suddenly noticed the incredible, grid-like mesh gabion fortification and construction system that defines the forward operating bases in Afghanistan: HESCO. 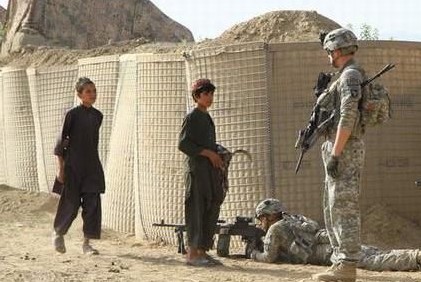 The HESCO Bastion Concertainer, obviously just called Hesco, is a galvanized steel mesh cage lined with non-woven polypropylene geotextile, which can be deployed with local fill ten time more quickly than sandbags, and with 90% less manpower. 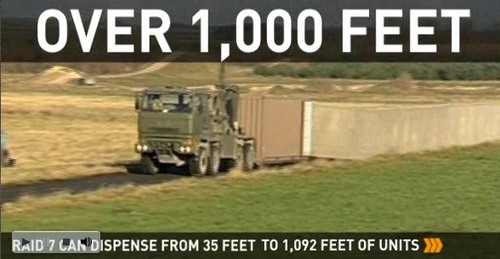 It’s light enough to deploy by hand. It folds flat for easy transport. A shipping containerized system called RAID [Rapid In-Theatre Deployment] can be rolled out 1000 feet at a time from the back of a moving truck. 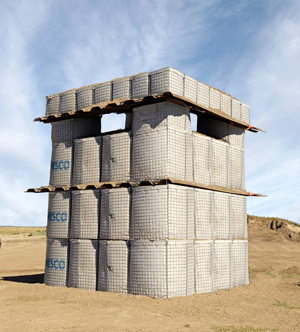 It protects against bullets, car bombs, and artillery fire, and it’s structural, so you can build with it. It’s water- and erosion-resistant, so you can do flood control with it. It’s ubiquitous in Afghanistan to the point of invisibility. 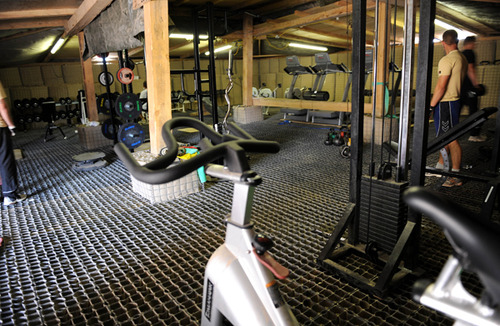 Which is where it starts getting really interesting. Here is a gym, constructed with Hesco pilings and a flattened out Hesco floor, built at a Hesco’d-out Australian forward gunnery base in Helmand last February. 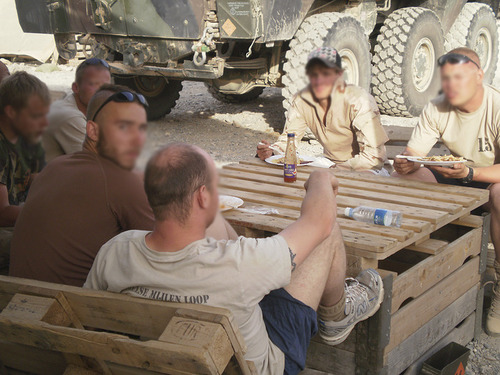 When Hesco meets the ingenuity that produces awesome, homebrewed field furniture knocked together from shipping pallets [above, below] 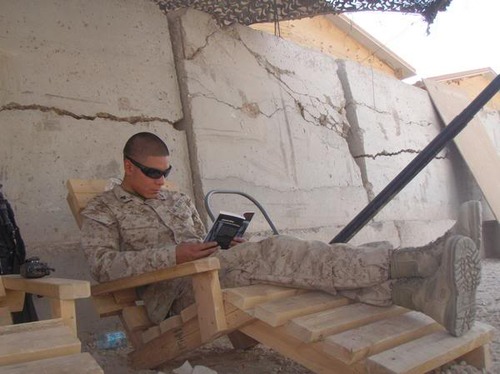 You end up with an entire Hesco living room set, including sofas, a TV stand and side table, 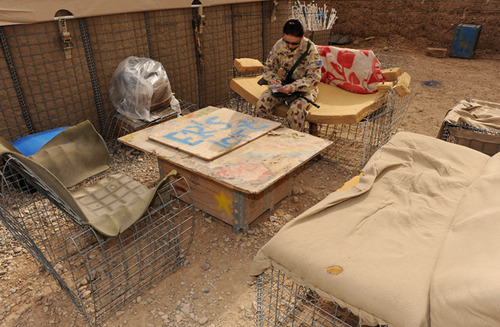 and club chairs and even a garbage can–all apparently noteworthy enough for a visiting commander to photograph and explain in 2010. 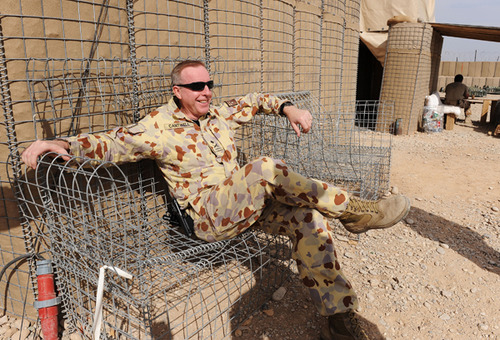