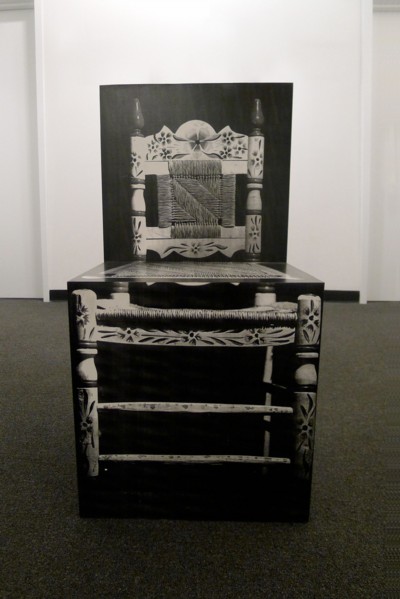 Well that’s mighty interesting. The National Exemplar has an exhibition of Richard Artschwager, which includes this 1965 piece, described as a “three-dimensional ‘chair picture.'” It’s roughly chair-size, and with materials of acrylic and paper and wood, I’m going to say it’s photographic.
What does seem clear, though, is that it was actually [re?]fabricated in 2000 as an edition of 6. And that Artschwager showed this OG Chair along with several related, newer works, at his first show at Gagosian in 2002. Oh hey, and one sold at Bonhams last February for £30,000. [first found via abelow’s artblog artblog]