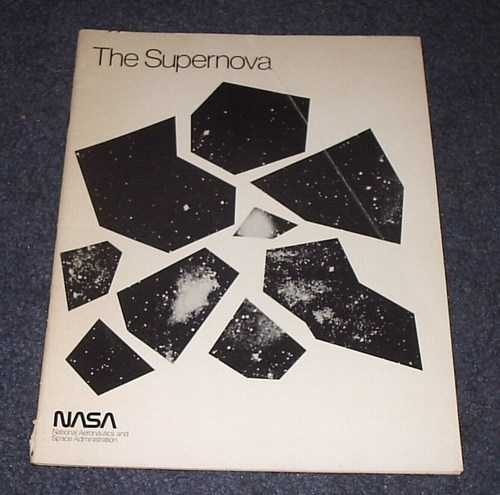 I stumbled across this teacher’s manual, published by NASA in 1976, part of a middle school curriculum that made the latest scientific understanding available to students.
Of all astronomical phenomena, supernova have been observed, if not understood, for thousands of years. Ancient Chinese astronomers apparently called them “guest stars.” So they make interesting markers for tracking the changing view of the vault of heaven/sky/space/universe.
It’s also kind of interesting to see how little was actually known about supernova, even during my lifetime.
But mostly, I liked this for the cover, which reminds me a bit of the London 2012 logo. The book was put out by NASA’s Educational Programs Division, but there’s no designer mentioned. The awesome, old “worm” logotype was, of course, designed by Danne and Blackburn.
PDF available: The supernova: A stellar spectacle, 1976 [ntrs.nasa.gov]