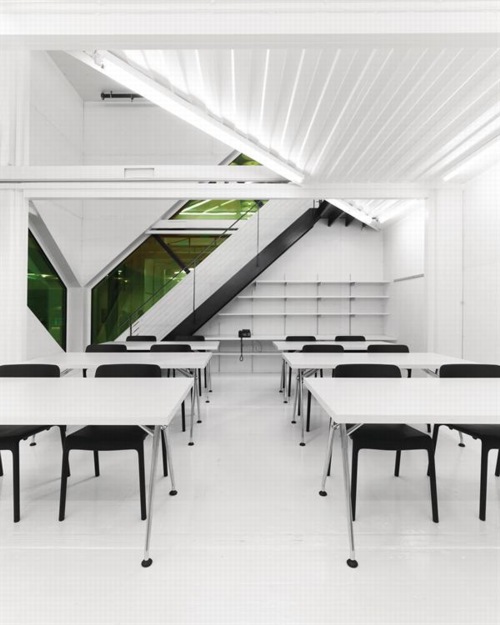 image: Ian Allen, no relation, via archmag
As pioneers in the medium, Ada and Giuseppe know how awful shipping containers can be as built spaces, and they are very skilled at countering the geometric claustrophobia. The diagonal slices of the window and mezzanine are somehow unexpected and obvious, and they really work nicely shoehorned all into and against Breuer’s building. 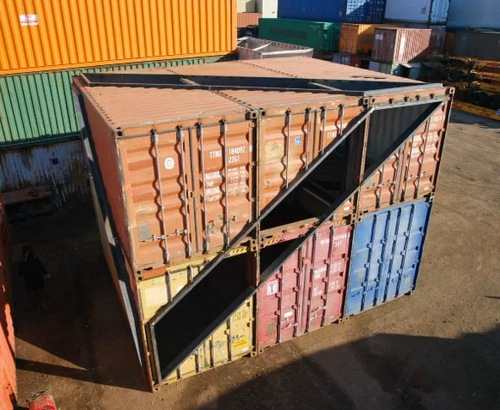 Which is kind of a bummer, because, where’s it going to go when the Whitney decamps for the meatpacking district? As an object, it has its own validity, but it really does get a lot from its crazy site, and that tension will be lost when it is plopped down on some trustee’s rolling lawn.

And don’t look at me to buy it: the Whitney Studio’s just one more in a series of post-museum modular houses I am not collecting. Besides, I think stacking the bedroom containers on top of the Whitney Studio would ruin its cube-y goodness.