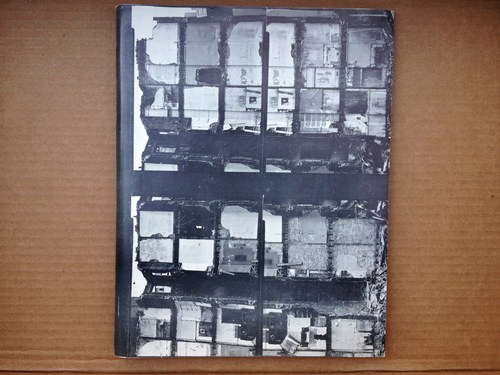 Gordon Matta-Clark only created one artist book, and this is it. Walls Paper was self-published by Buffallo Press in 1973 in an edition of 1,000. Matta-Clark’s photos of abandoned tenements in the Bronx wrap the cover, and colored offset prints of his photos of the ruined wallpaper in these apartments fill the horizontally cut, mix-and-match pages inside. 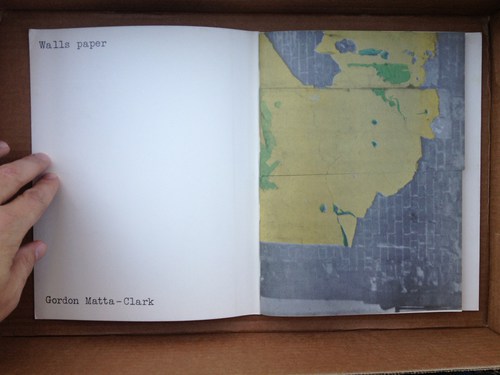 There was a show of Wallspaper at 112 Greene St. in 1972, and a privately published newsprint edition of the photos that fall. 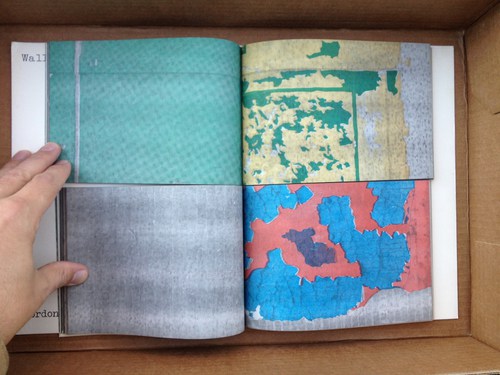 Last fall, I found that I had two copies. It was much less expensive back in the day. They’re both beautiful, but the other one’s signed. 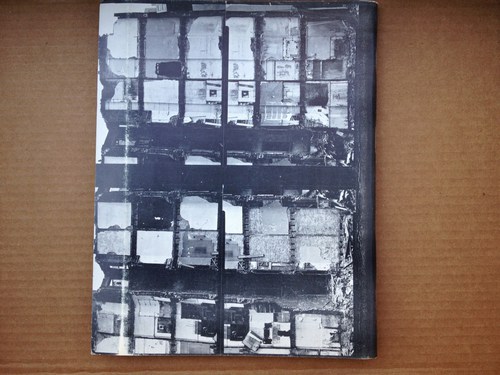 So I put this one on eBay the other day at a price that seems enticingly lower than the two copies already out there, but probably dealbreakingly high for a flipper. Story of my life, though, always stuck in the gap between retail and wholesale.
Anyway, you can buy it on eBay right now, or before Jan. 19th. Or if you have a better idea, email me.