Just got back from a 2-week trip to Japan. Though we spent a lot of time in familiar places in Tokyo and Kyoto, we also took a 2-day trip to Takayama, a small city in the mountains of Gifu-ken, an extraordinary 2.5-hr train ride north of Nagoya.
Takayama retains many Edo-era buildings and streetscapes, which were really great to visit. The Kusakabe Mingei-kan is a large minka, in this case a merchant house in town, originally built in the early 19th century, and then reconstructed after a fire in 1896, is one of the best in town.
While visiting Takayama and neighboring Hida and Shirakawa during a summer break from college, the late great architecture photographer Yukio Futagawa was inspired by the anonymous, vernacular architecture of minka. In the mid-50s, he set off on a multi-year, cross-country trip to study and document these Japanese homes which were rapidly disappearing in the postwar reconstruction boom. 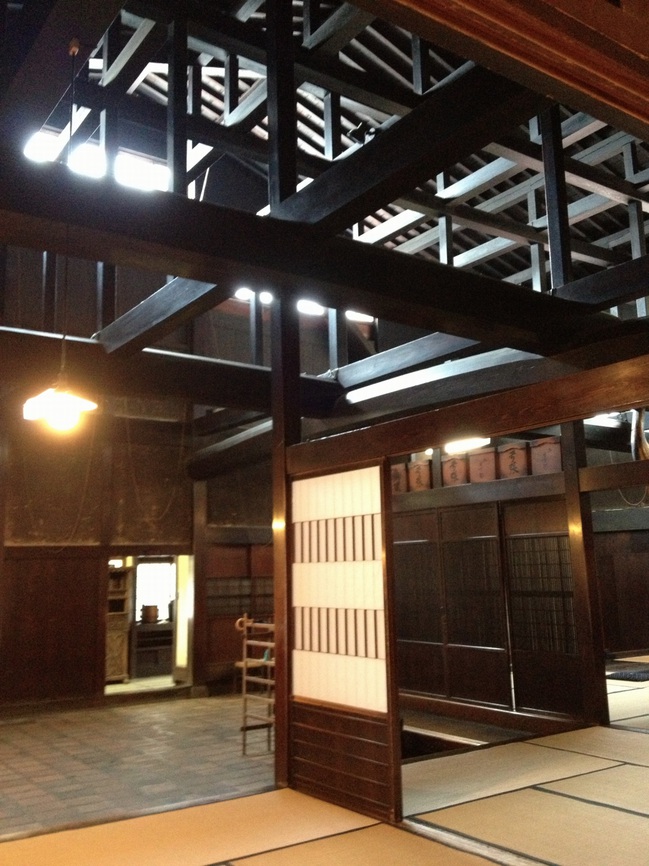 Kusakabe House was turned into a house museum in 1966. The large public area of the house [above] was for conducting business and receiving guests. Those beams are sick. 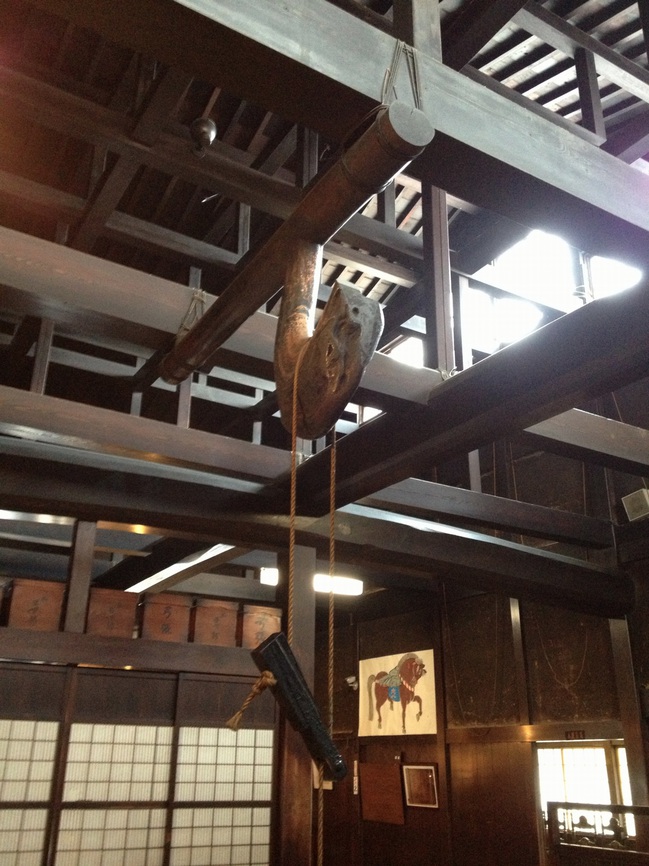 The kitchen is in the rear of this public-facing area. A fire was constantly maintained in the sunken hearth, or irori; the heat and smoke helped preserve the wood from insects and moisture damage. That crazy, gnarled hook is called a jizaikagi. 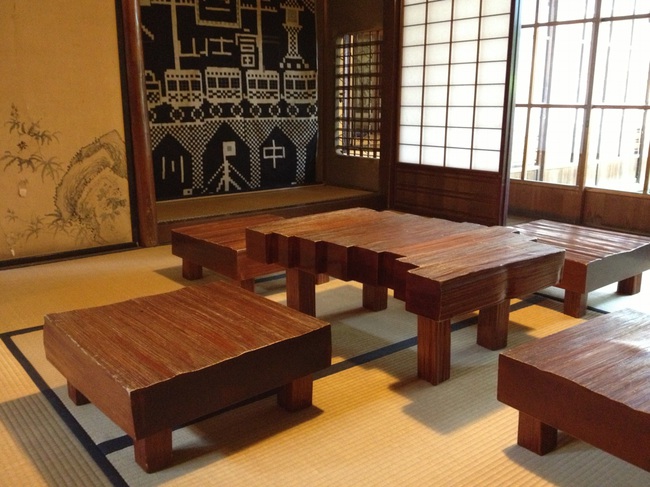 Pivoting 180 degreess from the top photo are the more private rooms of the house, including this amazing block table and chair set. 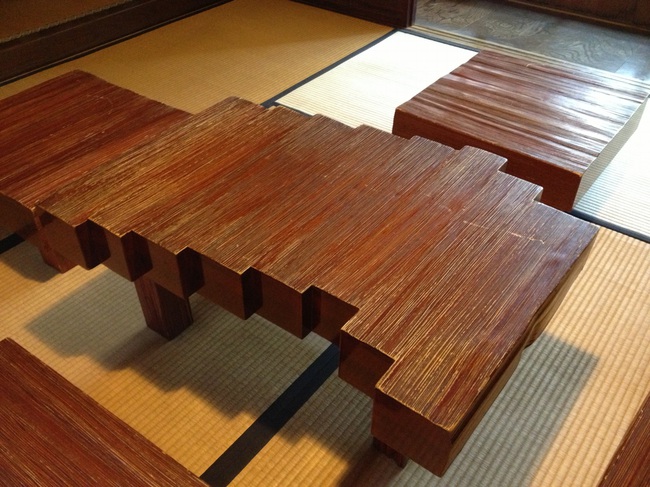 Do want. Or do want to make. 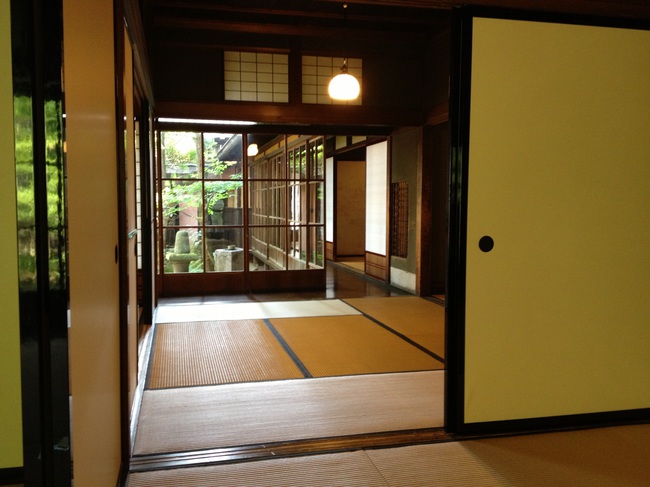 There are a couple of small gardens and these corridors. I took this looking back toward the streetside of the house. 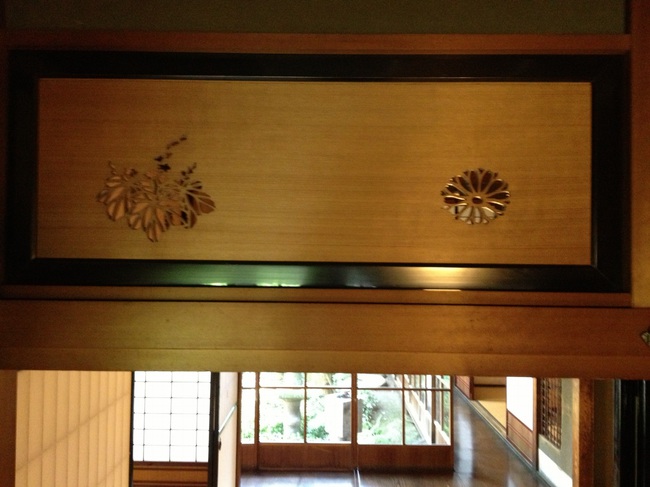 Above the fusuma sliding doors, where I’d call it a transom, are these thick hinoki boards with flower and leaf motifs sawed out. They had to have been done by hand. Aha, they’re called ranma, which means the space between columns. These turn out to be pretty simple designs, as far as ranma carvings go. 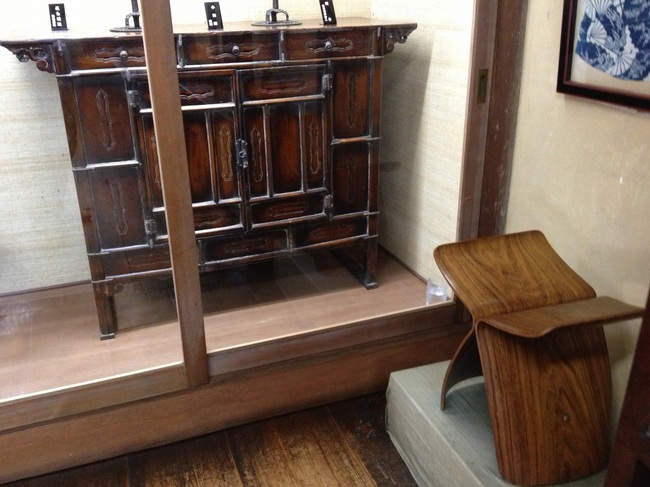 The second floor and the 2-story storehouse in back have collections of mingei: lacquerware, basketry, tansu–and Sori Yanagi’s Butterfly Stool. 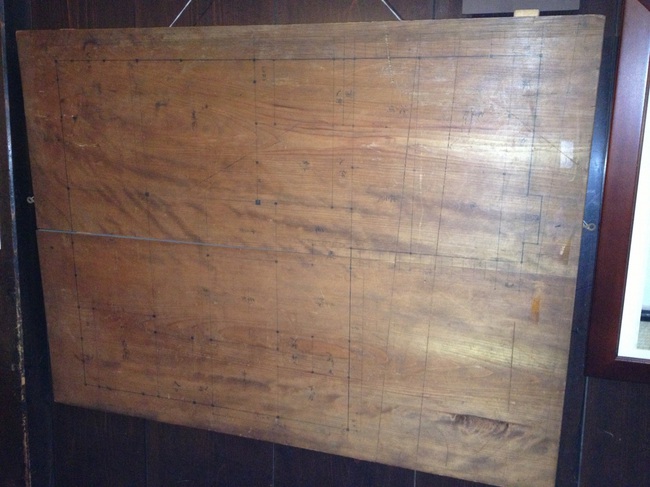 On the way out I noticed this panel, which I thought was blank, but which turns out to be the builder’s blueprint for the house. It’s also visible in the background of the irori picture, under the horse.