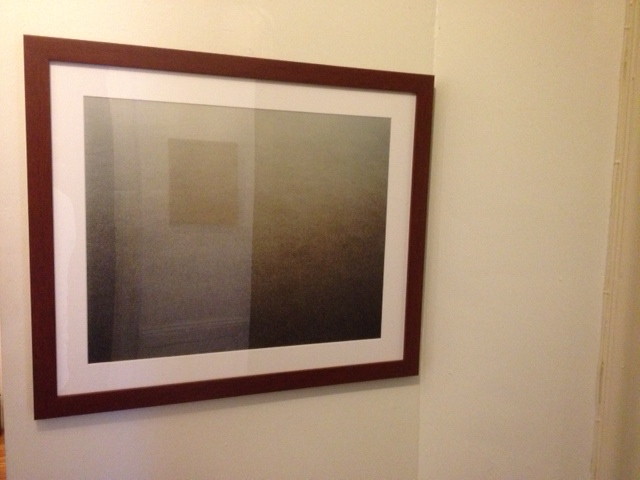 Shanzhai Gursky 002, 2014, not included in the show
Brian Droitcour and Zanna Gilbert have curated “It Narratives: The Movement of Objects as Information,” which just opened at Franklin Street Works in Stamford, Connecticut. The show examines shifting networks, and how artists use the postal system and the web in the production and distribution of artworks.
I am quite pleased to have some pieces included in the show, which runs through November 9.
In addition to some Destroyed Richter Paintings, the show includes a photo from the Shanzhai Gursky project, previously known in less ethnosocioeconomically critical times as Ghetto Gurskys. [Though the pejorative aspects of “ghetto” still apply to the project itself, in a self-critical way, I think the racialist connotations ultimately kill it for me. “Shanzhai” seems a little pluckier and resourceful than I’d originally pictured the series to be, but I really like it.]
The series are somewhat related, in that they both originate in images circulating online. The Destroyed Richter Paintings are made by Chinese Paint Mill and based on jpgs of photos Richter took in his studio before destroying certain paintings. The Shanzhai Gursky photos are produced to the specifications of the original using the highest resolution jpgs I could find in the wild.
In both cases, the web is the source of the image and the site of production for objects which are intended to be experienced in person. For this reason, and also because the show sounds very interesting, and is put together by sharp folks, I would encourage everyone to go see it.
It Narratives: The Movement of Objects as Information, runs from Sept. 5-Nov. 9, 2014, at Franklin Street Works [franklinstreetworks.org]
Previously, related: Ghetto [sic] Gursky
Unrolling Ghetto [sic] Gursky (Rhein) [which, archivists take note, is now titled Shanzhai Gursky 001.]