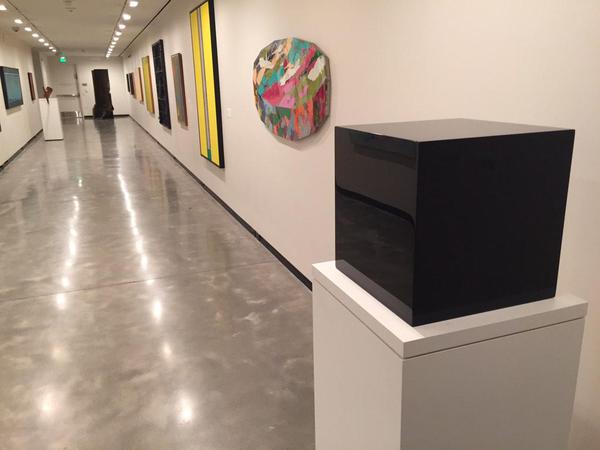 This tweet from Tina Rivers Ryan’s visit to the Portland Art Museum caught my attention tonight like an eBay alert. Everything about McCracken’s 1965 Black Box, starting with the camera angle and the installation itself, felt very familiar. 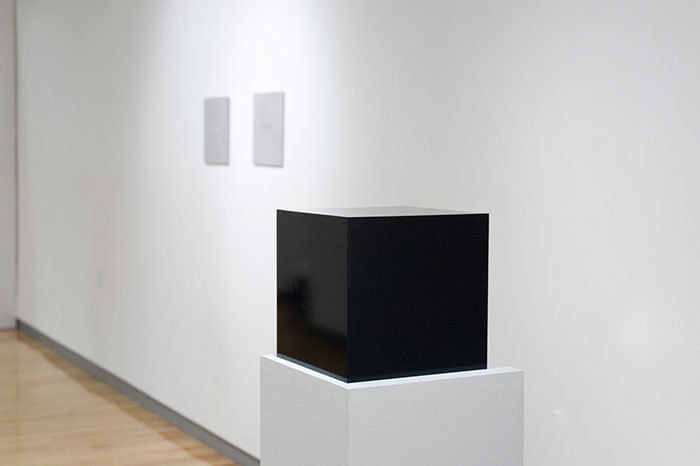 Because it looks almost identical to the most common image of Caleb Larsen’s 2009 sculpture, A Tool To Deceive And Slaughter. McCracken’s cube is 16 inches, while Larsen’s is only 8 inches on a side. The Box is resin- and fiberglass-coated wood, while the Tool is acrylic. Also Larsen’s has a computer and an ethernet connecton, and automatically tries to resell itself on eBay. It’s the little differences.
Black Box, John McCracken, 1965 [portlandartmuseum.us]
A Tool To Deceive and Slaughter, 2009 [caleblarsen.com]