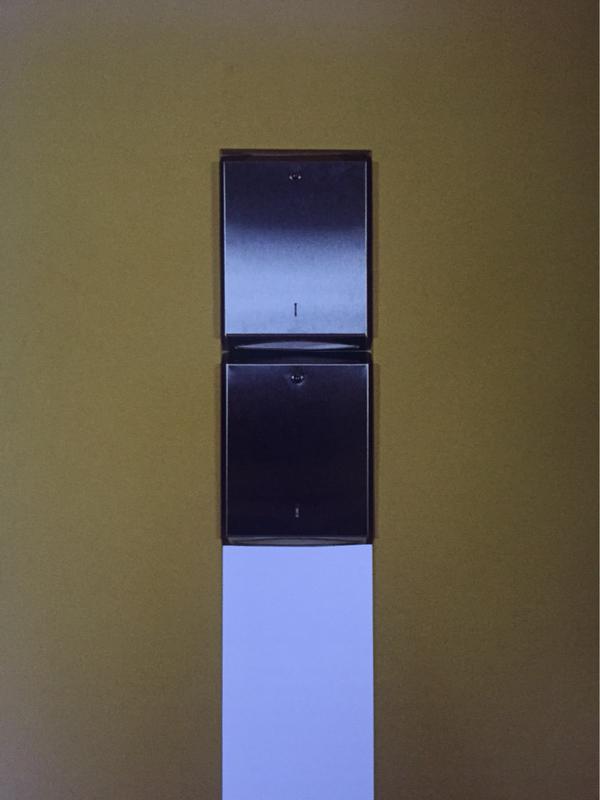 In a moment of procrastinatory weakness I was transfixed by a series of images Chris H. tweeted, of artworks from the mid-80s. What stopped me was this work by Mark Stahl, made from “acrylic on canvas with two towel dispensers”, from 1987. I’d never heard of Stahl, but it felt like suddenly learning Rachel Harrison was adopted. 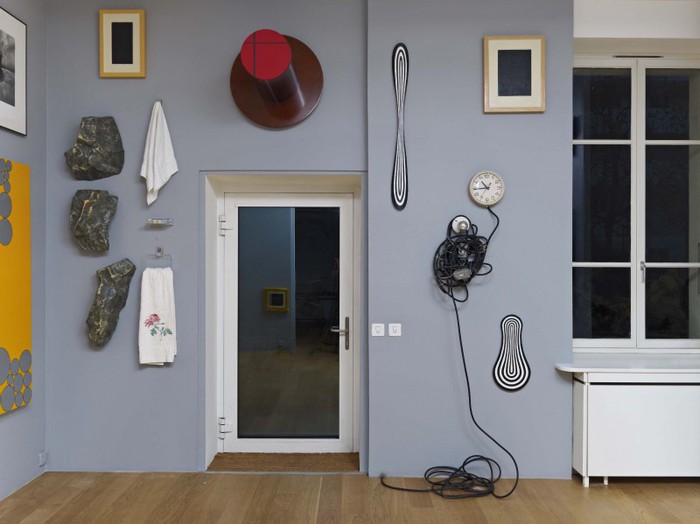 A rapid Google blitz turns up nearly nothing at all, but hints of undigitized reviews and group shows-and some of the world’s most disheartening no-reserve auction results. [Stahl apparently showed at Massimo Audiello v1.0 (EV) and 2.0 (SoHo)]. The few images online include several painted assemblages made with “fiberglass rocks” and bathroom items. Like the decorative towels and accessories in this installation shot from, hey ho, Art & Public, Geneva, 2011.
Situation New York was Pierre Huber’s wide-eyed look back at the New York art world of 1986 that set him on his lifelong path. Through Olivier Mosset and John Armleder, he hooked up with Bob Nickas, who dragged him all over town. And the rest was history. 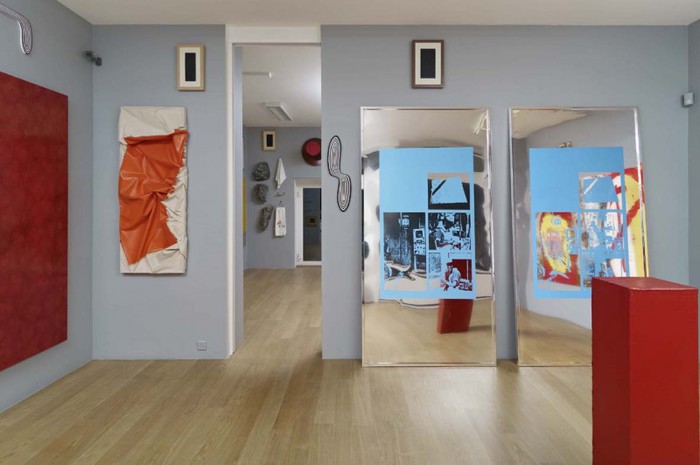 Looking at CAD’s other installation shots, including this one with a great Steven Parrino [a longtime Nickas favorite], I was amazed to see this big, shiny screenprint-on-polished metal, which looked very Noland-esque. Except for the matching frames and the lack of a disclaimer, of course. Except, it is Cady Noland, a 2-panel work called Institution as pornography, showing a photo of a candystriper nurse with an IV stand and a drip. It’s from 1988, so I guess a later trip. 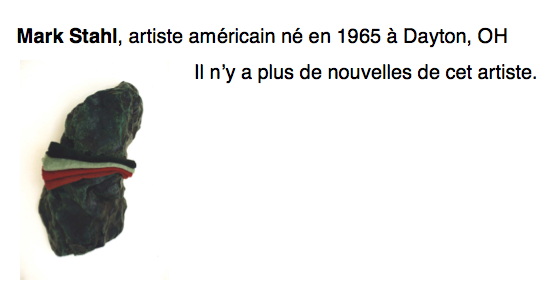 b. 1965, and he made these things in 1987? He was a child! That can’t be right.
Huber’s checklist for Situation New York has brief bios for each artist-except Stahl: “Il n’y a plus de nouvelles de cet artiste.” To which I say, “On verra.”
Morning After Update 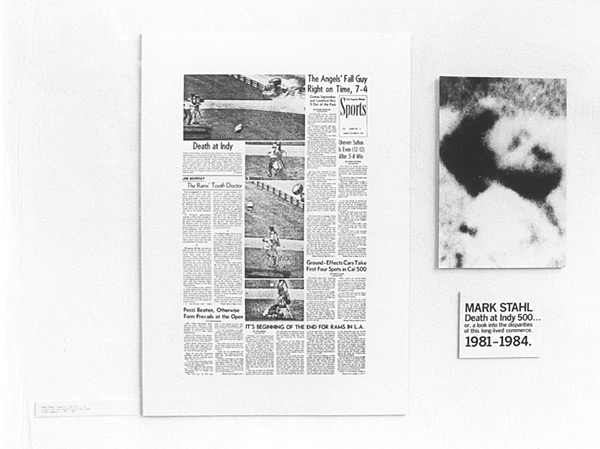 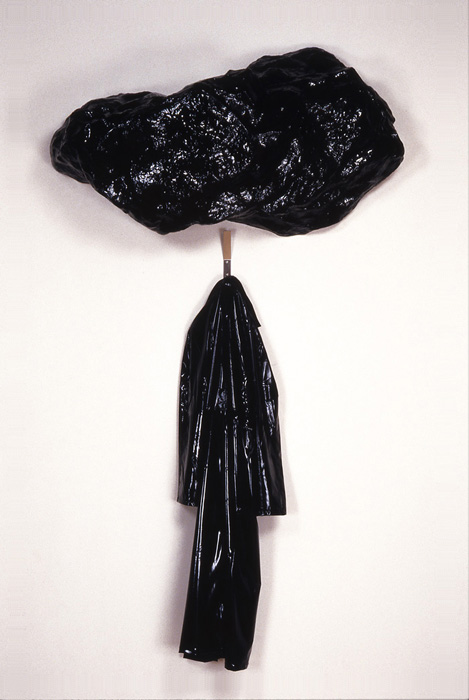 Mark Stahl, The Wet Look, 1987, Fiberglass boulder, raincoat, coathook, lacquer paint, exhibited in CalArts: Skeptical Belief(s), 1987-8, image: rennsoc
Also, he went to CalArts. MFA, 1981. In fact, he wrote an essay for the CalArts exhibition catalogue, which the RennSoc has put on Scribd:

The fundamental contradiction between art’s relative isolation from other cultural practices and many artists’ conviction that art has an immediate social relevance is, in part, the consequence of the very institutionalization of the avant-garde. 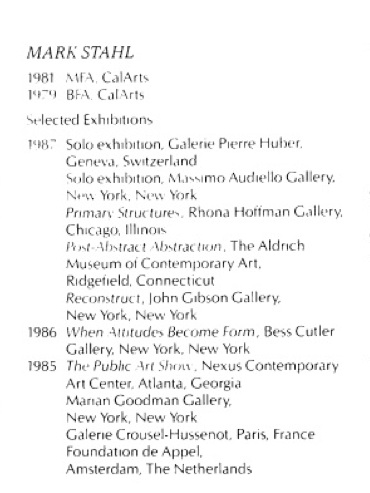 OK, here’s a bio. Crousel & Goodman both did a Prina/Stahl/Williams group show. “When Attitudes Become Form” and “Post-Abstract Abstraction” are both Nickas joints, no surprise. Now I really have to get back to work.
“Situation New York 1986”, Nov. 2011 at Art & Public, Geneva, Nov. 2011 [contemporary art daily]
“Situation New York 1986”, Nov. 2011 on Art & Public’s own site [artpublic.ch]
A lot to be remembered in this show. Or to be left forgotten: CalArts: Skeptical Belief(s), at the Renaissance Society and on, 1987-88 [renaissancesociety.org]
Previously, suddenly related: a post about Christopher Williams’ shows in 1984-85