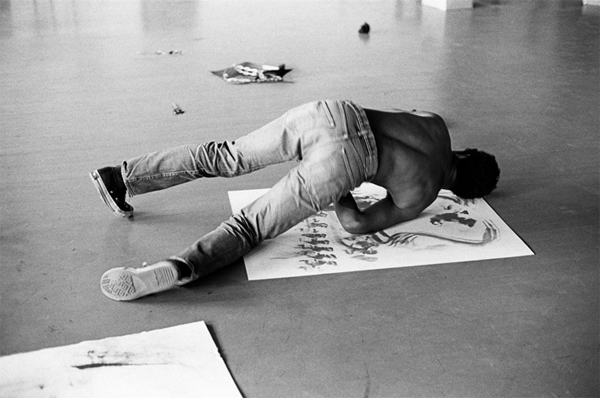 David Hammons Slauson Street Studio, Bruce Talamon, 1974, image: roberts and tilton
Like Jasper Johns a decade before him, David Hammons made prints of his oiled body. Hammons’ were more narrative, rich with content beyond just the impression of the artist’s own body. 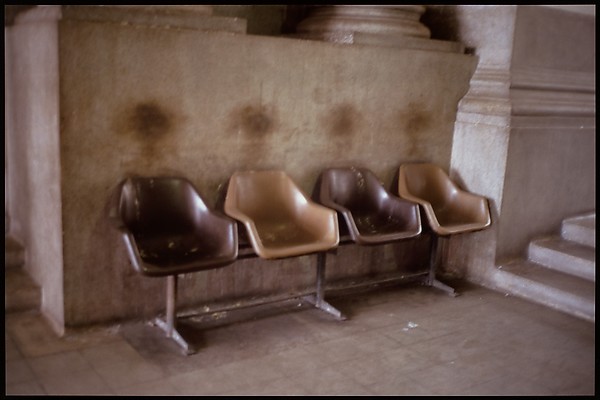 Waiting Chairs, Gabriel Orozco, 1998, image: metmuseum.org
As is his wont, Gabriel Orozco found his narrative, this time in India, in the stone wall darkened by contact with the hair of people who rested against it as they sat in these seats. We don’t know who they were.
I am pleased to introduce a work that combines these two threads of presence and absence, specificity and universality, anonymity and celebrity, found object and markmaking. 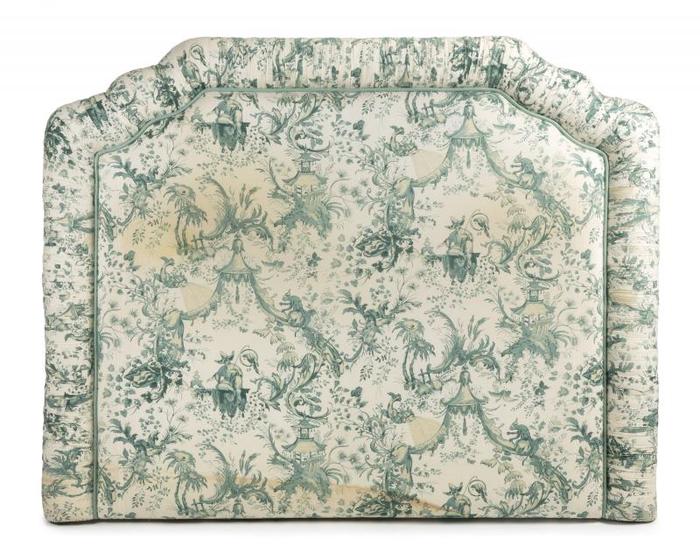 Untitled (Joan Collins Toile de Jouy), 2015, 59 x 72 inches, patinated toile de jouy fabric, stuffing, wood
Untitled (Joan Collins Toile de Jouy) is a shaped work, a painting, really, comprising an upholstered headboard from Ms. Collins’ New York apartment, altered in collaboration over the years by her and, apparently, occasionally, (an)other(s).
Interested parties, or at least those interested in having physical custody of the work, should contact me quickly, before the 14th. That’ll give us enough time to get the headboard from the auction in LA. Me, I’m happy with it right where it is. And wherever it ends up.
Lot 43: JOAN COLLINS TOILE DE JOUY HEADBOARD [julienslive.com]
Previously, related: Untitled (Merce At The Minskoff)