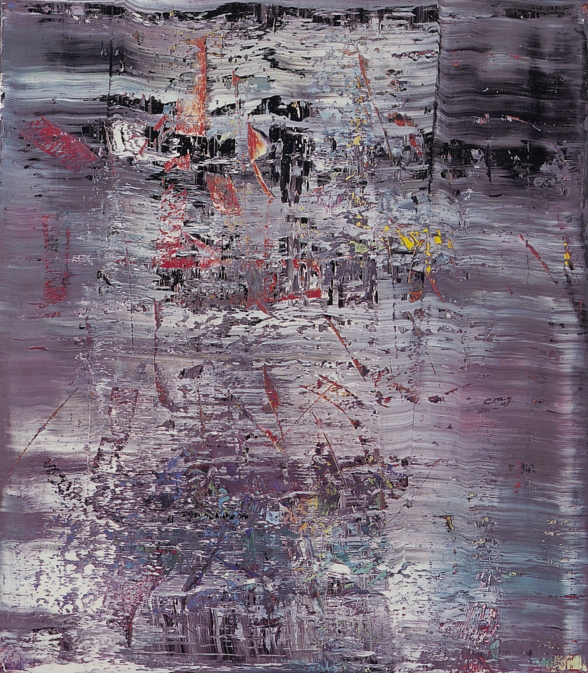 A Gerhard Richter squeegee painting is coming up for auction in February. It is CR:725-4 fourth in a series of five large paintings [225×200 cm] made in 1990, a very busy squeegee year. From The Art Newspaper:

“The years 1989 and 1990 are the most sought-after in Richter’s works,” says Isabelle Paagman, Sotheby’s senior specialist, contemporary art. “During this time he really embraces the squeegee technique in his abstract paintings. More than half of Richter’s works from that period are in museums.”
Paagman says his use of grey in Abstraktes Bild also makes it highly sought after. Grey is of particular importance for Richter; in a 2004 interview he described it as “the ideal colour for indifference, fence-sitting, keeping quiet, despair”.

I’ve been looking at these late 80s and early 90s squeegee paintings a lot lately and am intrigued by this kind of financial sifting. Equally interesting is the use of indifference, fence-sitting, keeping quiet, and despair as record-breaking selling points. I hope it sells for £100 million.
Abstraktes Bild CR:725-4, 1990, 225x200cm [gerhard-richter.com]
Gerhard Richter painting being auctioned by Malekis could topple record [theartnewspaper.com]
A 2004 interview with Jan Thorn-Prikker that doesn’t include this quote was published in the NYT. [nyt]