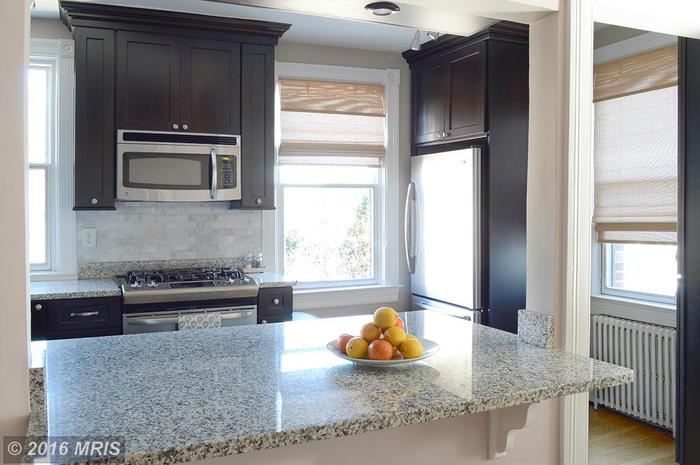 Untitled (Border), 2016, two 4×6-in. blocks of Azul Platino granite from Home Depot, as installed in some apartment in Washington DC
I am stoked to announce a new work which, depending on how the real estate market operates, should be available for viewing during CAA.
Obviously, Untitled (Border) owes a debt to Richard Serra, but the confluence of form, site, and source material-Azul Platino granite is from Spain-put me in the mind of Serra’s works at the Reina Sofia. 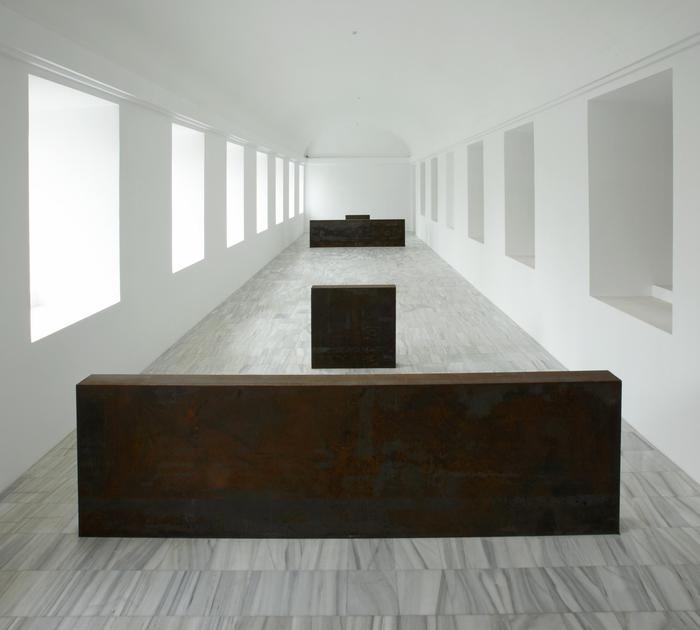 There’s Equal – Parallel: Guernica – Bengasi (1986), of course, which the museum somehow lost, and had to have refabricated in 2006. 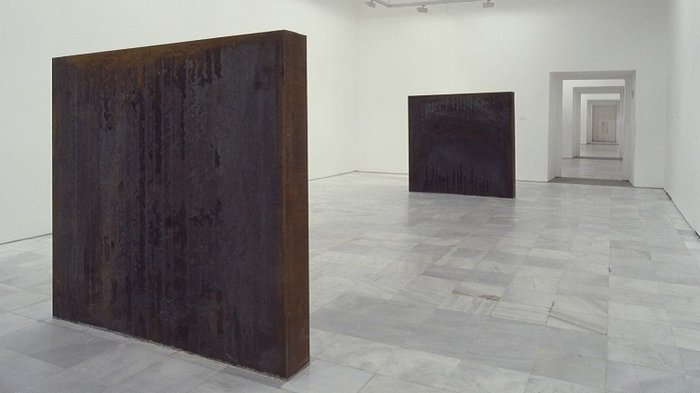 There’s also his show at Reina Sofia in 1992 which included this pair of square steel slabs just owning the space in between and around them. 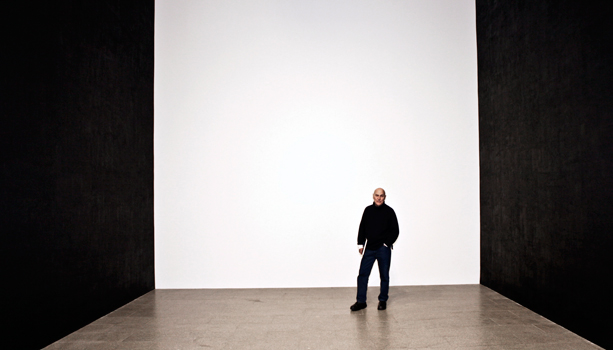 image: linneawest
I just found this uncanny photo from the Met’s Richard Serra Drawings show, which kind of gives me chills, it’s so similar. Assuming Serra is swapped out for a bowl of lemons and bodega oranges. [Which are not to be considered part of the work, btw.]
What I like most about Untitled (Border) is the way it attempts to define an abject liminal space, in this case a kitchen passthru right by a door. Indeed, except for obvious, the word that came to mind the most when I was making this piece a few minutes ago is abject. It practically jumped out of the picture in the real estate listing, fully formed and perfect. Like the work itself.
Anyway, Untitled (Border) will be on view this Sunday, Jan. 31, from 1-4pm, or by appointment.