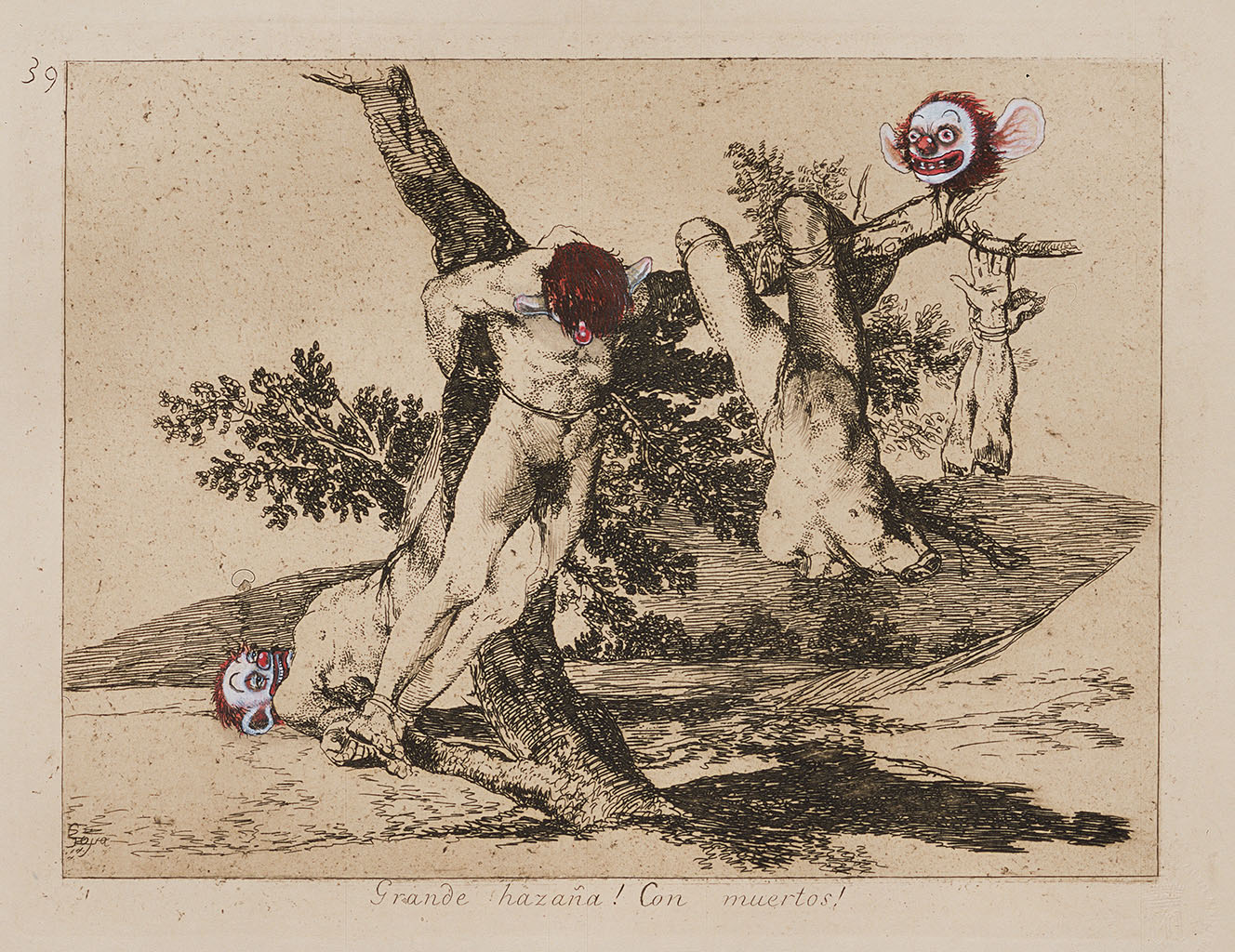 Insult to Injury, 2003
I did not like Jake & Dinos Chapman’s work to begin with, so I was not inclined to like their project Insult to Injury, where they drew animal and clown faces on a suite of actual Goya etchings, when it debuted in 2003. And I haven’t thought much about it, or looked at it since.
But I have come around. Working on the Our Guernica Cycle project has sent me looking back at Goya’s big Fifth of May paintings, and their influence on Guernica, and that inevitably brings the Disasters of War prints back into the mix. 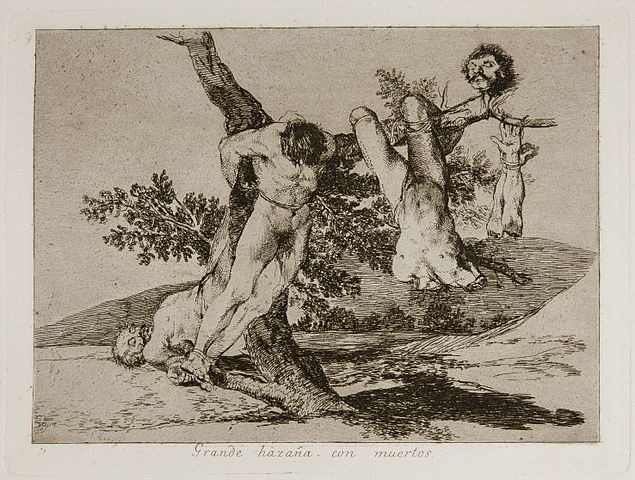 Plate 39 – Grande hazaña! Con muertos! (A heroic feat! With dead men!)
Things I didn’t really pay attention to stand out now. Like Goya making prints during a war and a famine when materials were so scarce, and the situation so uncertain, that he had to reuse and destroy the copper plates from other prints. And making a series of 80+ prints over the course of years, which he finally expected to never publish in his lifetime. And which were only published decades after his death. And which were then republished over and over again, in seven editions, over 70 years, including a “final” edition in 1937 to support the Republic in the Spanish Civil War, nearly 1,000 sets in total, plus hundreds of proofs. [That’s the one the Chapmans bought to use.] 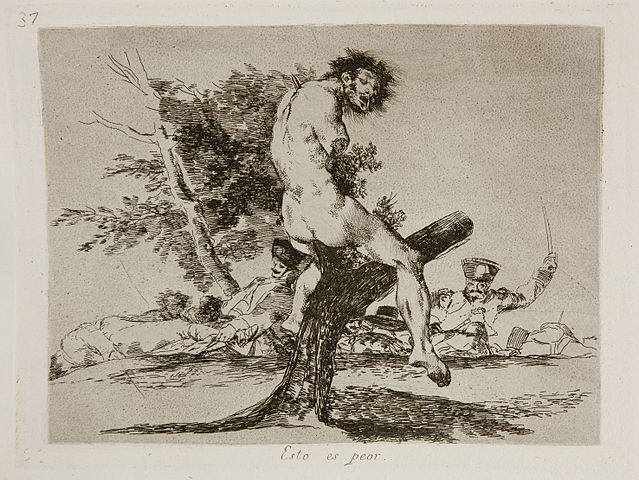 Plate. 37 – Esto es peor. (This is worse.)
Things like Goya drawing such devastating connections between revered fragments of classical sculpture, like the Belvedere Torso, and the tortured and dismembered bodies of the war’s victims. Neo-classicism was hot at the time, in the Napoleonic era, and Goya impaled it on a tree. 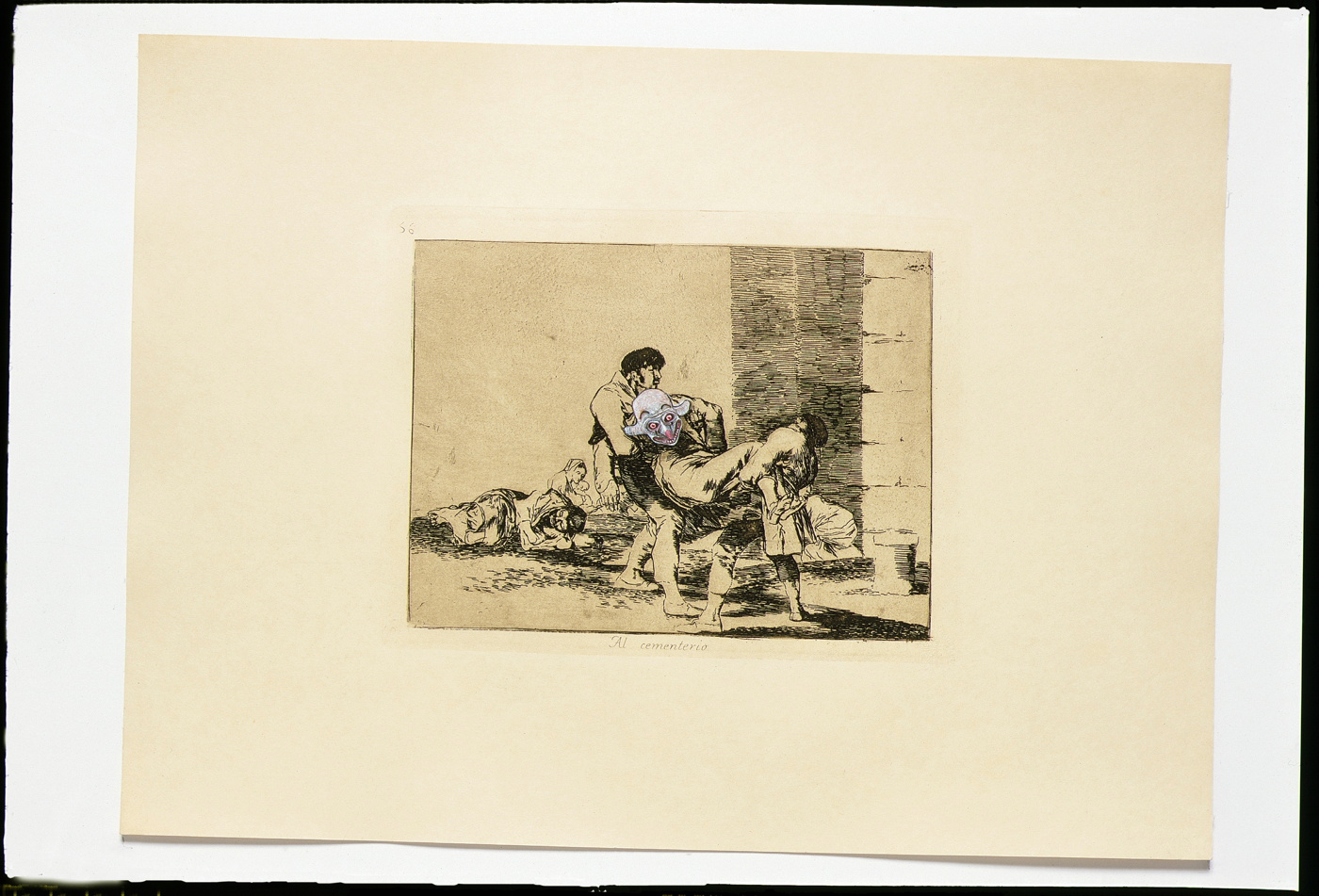 And then there’s the Chapmans, whose project was sparked by the Bush/Blair Iraq war machine which marched in front of their already Goya-soaked practice. Here is Fiachra Gibbons writing about Insult to Injury in The Guardian:

Although they are both against the current war, the Chapmans say they are not making a statement about it. Insult to Injury is more about the inadequacy of art as a protest against war. Art can’t stop wars, they insist, just as Picasso’s Guernica was a “pathetic” statement in the face of the oncoming second world war.
“Not to be too glib, but there’s something quite interesting in the fact that the war of the peninsula saw Napoleonic forces bringing rationality and enlightenment to a region that was marked by superstition and irrationality,” Jake Chapman said. “Then you hear George Bush and Tony Blair talking about democracy as though it has some kind of natural harmony with nature; as though it’s not an ideology.”

I was not this pessimistic in 2003; maybe I just needed some time.
And now to look at Disasters of War again, and Insult to Injury again, and more closely, and as I “embellish” my own prints I’d once expected were “finished,” I realize the Chapmans were right. The reflexive disapproval of their alteration of another artist’s work is specifically misplaced and unnecessary. Even Jonathan Jones is right about something. It’s all a pretty big shock, tbh. And even when it feels necessary, art still doesn’t make these disasters any better.
Insult to Injury, 2003 [jakeanddinoschapman.com]
The 2004 Steidl edition of Insult to Injury is pretty remarkable, actually [amazon]