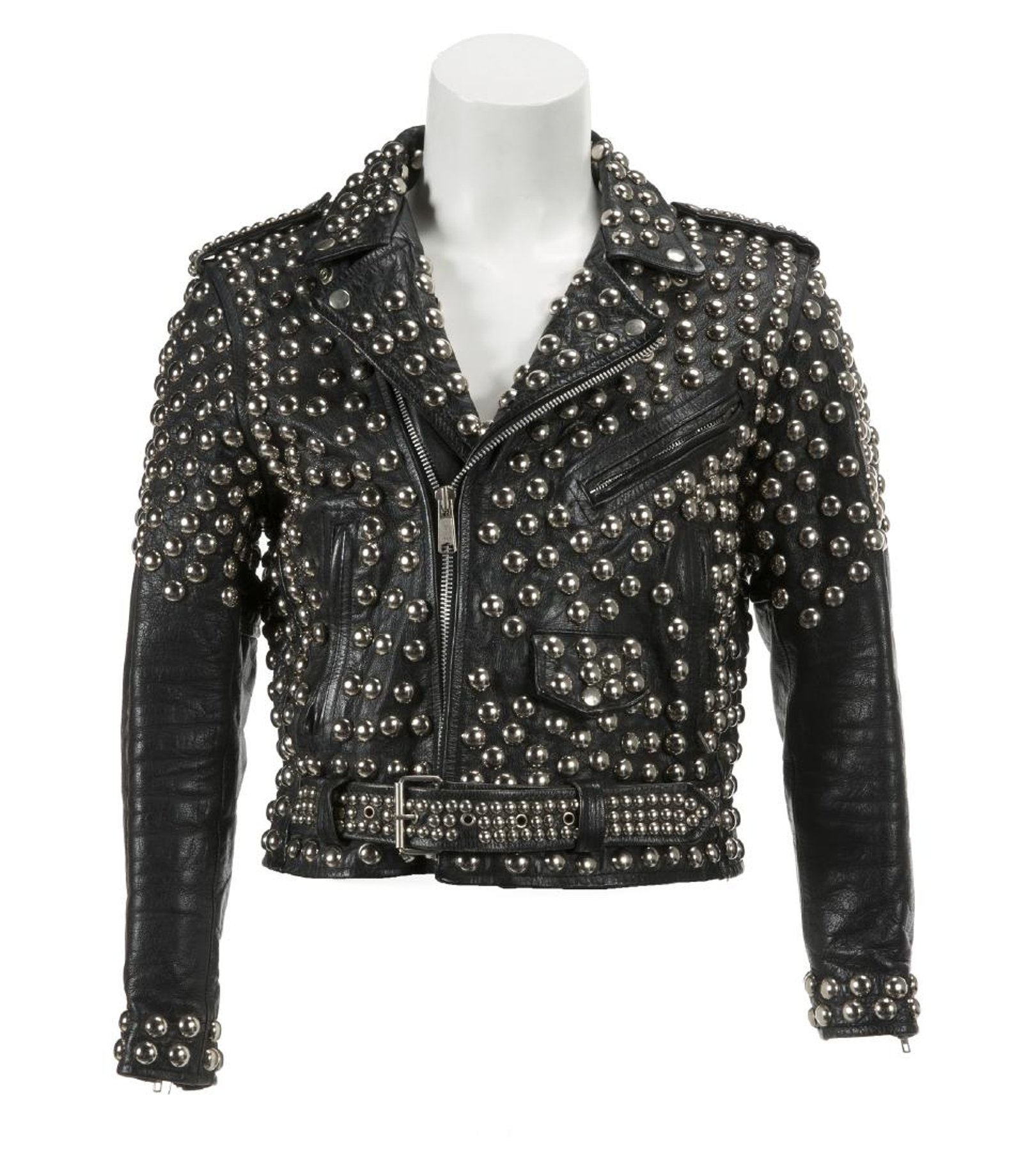 “Tommy Hilfiger Judas Priest Jacket”
What’s the opposite of a collection? The “Tommy Hilfiger Collection” is being auctioned this week, and it is as pure and empty and hollow and pointless as the man himself and everything he’s ever done. In a way, maybe that achieves a certain level of genius, or whatever its opposite is. A thousand crappy livesful of junk goes up for sale every week, I’m sure, but there’s something useful to understanding the concept of a brand to see how slapping the name Tommy Hilfiger on a thing somehow makes it worth less.
To save Martin Wong’s amazing accumulation of tchotchkes and mementos from his mother’s house, and keep it from being dumped on eBay, Danh Vo transformed the entire collection into a single artwork of his own, which was acquired by the Guggenheim. Vo cast a light on the failings of our cultural memory, and our institutions, even as he successfully navigated his and Wong’s works through the gantlet of conceptual and procedural obstacles. This added depth, resonance, and interpretation to objects, a collection, which might otherwise be seen as insignificant.
This Tommy Hilfiger Collection is the diametric opposite: these objects were acquired and accumulated in the deluded, aspirational pursuit of luxury, fame and glory as ends in themselves, and they suck. They should be scattered to the wind, abandoned and forgotten. It’s not that they don’t have any meaning; they literally mean nothing. Nothing is their meaning. Even paying attention to them here, now, as I type, or as you read, causes only the regret of lost time, and foolish error to well up inside. But it’s too late now, all we can do is try to move on. 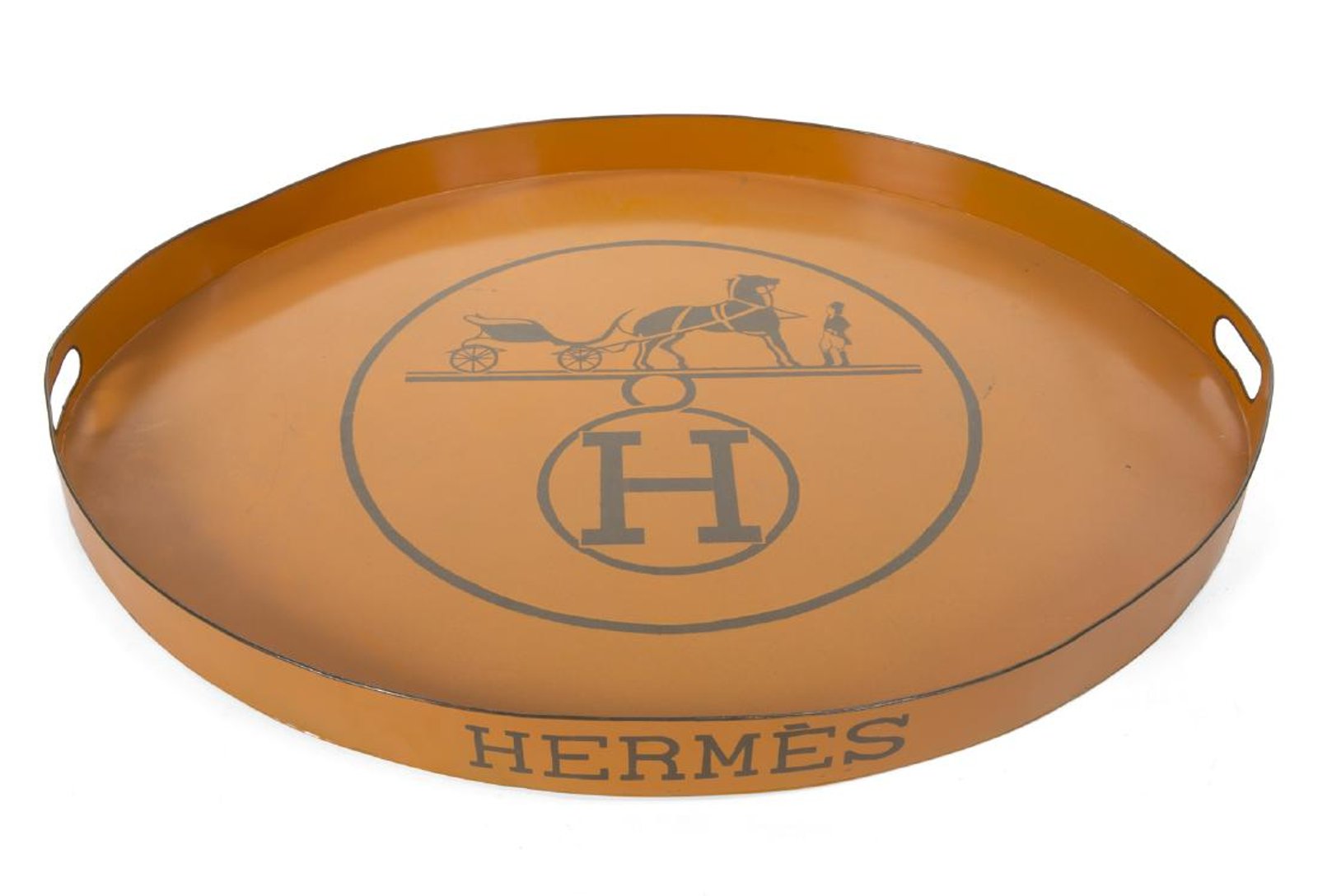 Lot 225: Painted Tray “In The Style of Hermes” [emphasis added, because Hermès. Also they’re on 1st dibs and a chain of other sites that probably stretch back to alibaba.] [update: lmao, it disappeared. it was at $700 or so, and now it’s gone. because it was junk.] 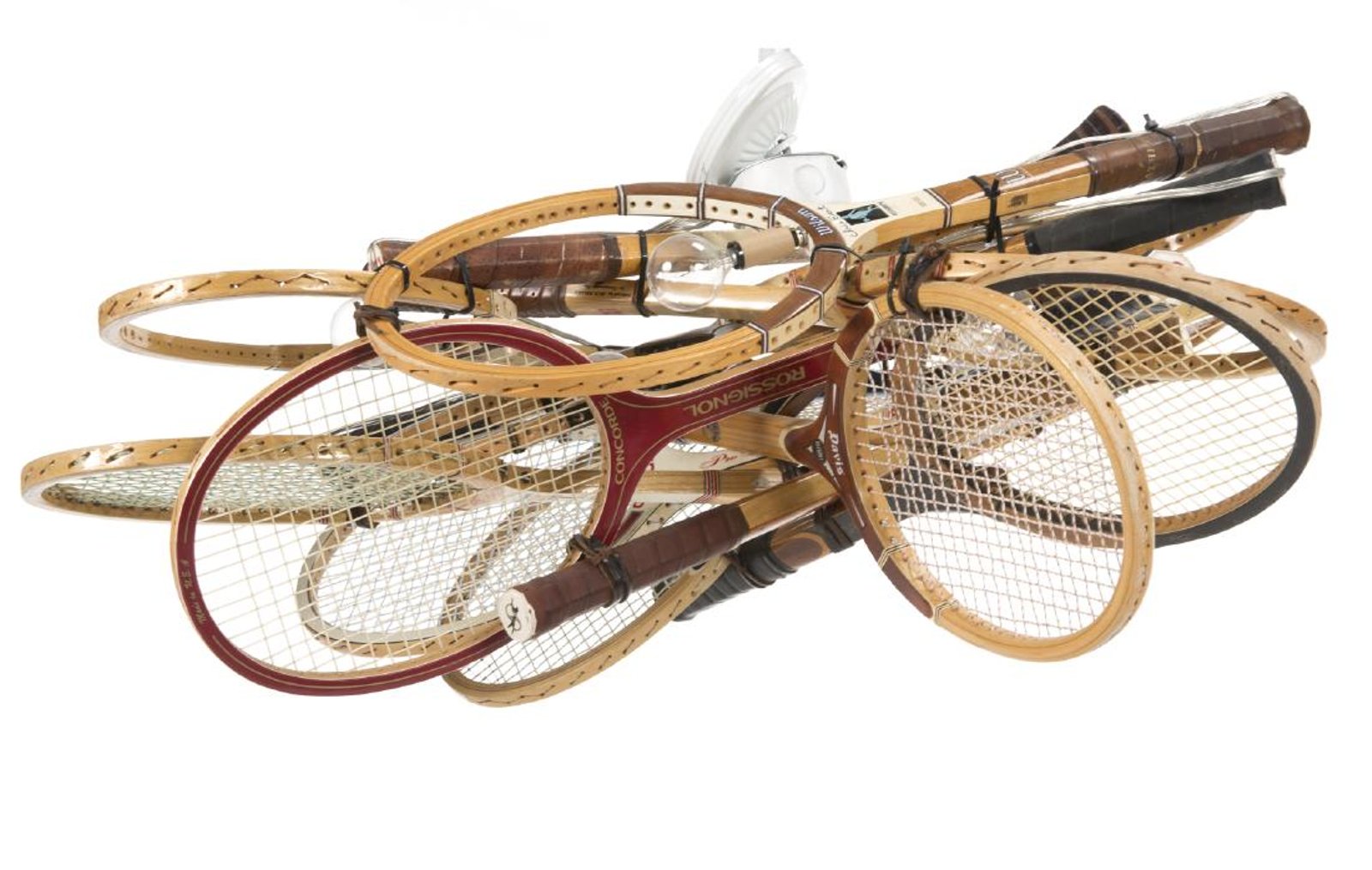 Lot 222: Vintage Tennis Racket Chandelier made of vintage tennis rackets, can lights, and zip ties. Put it together with the tennis racket chair, and you can recreate Tommy’s overly literal tennis pavilion for yourself. [update: $300 for the chandelier, a bizarre $800 for the chair.] 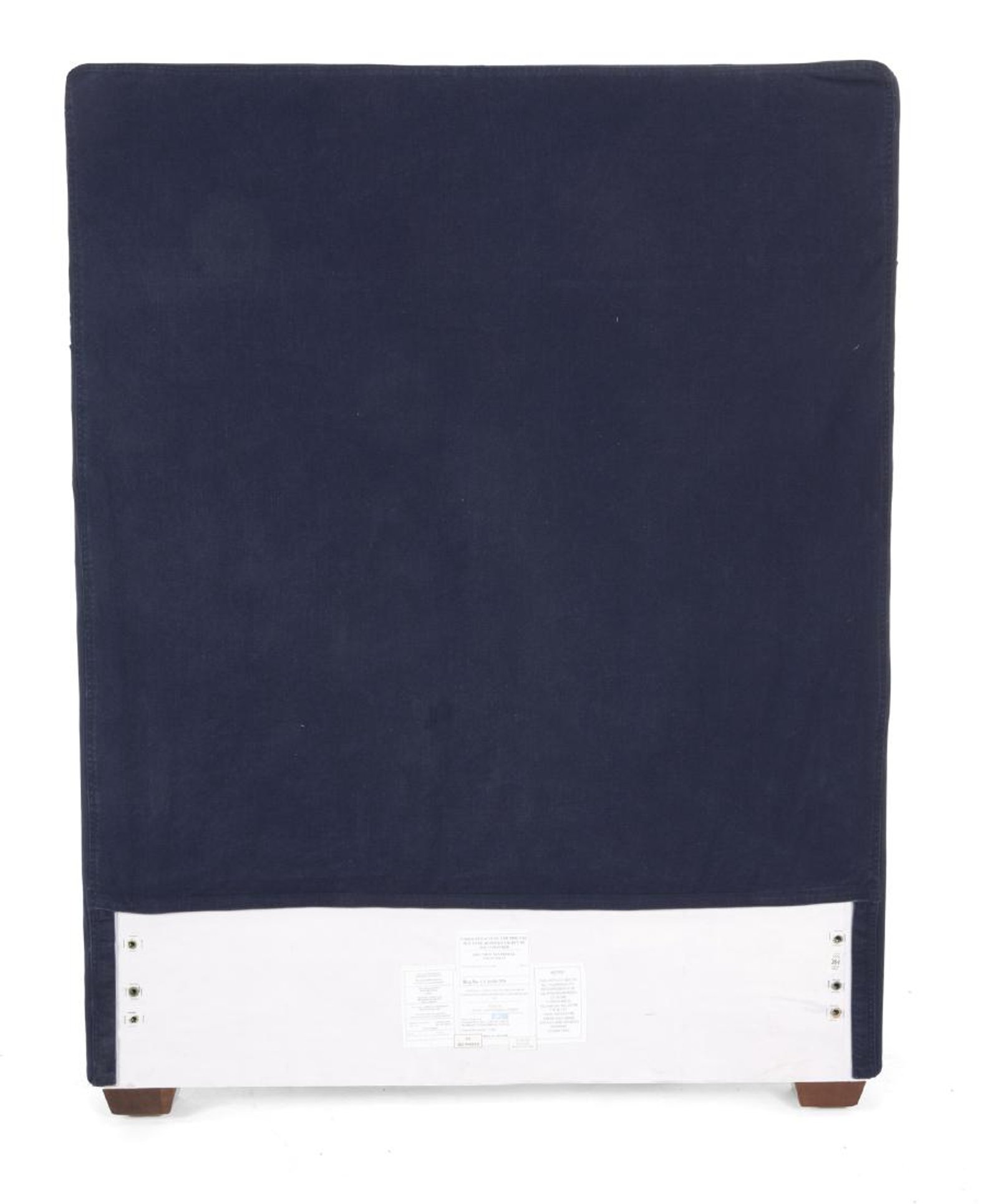 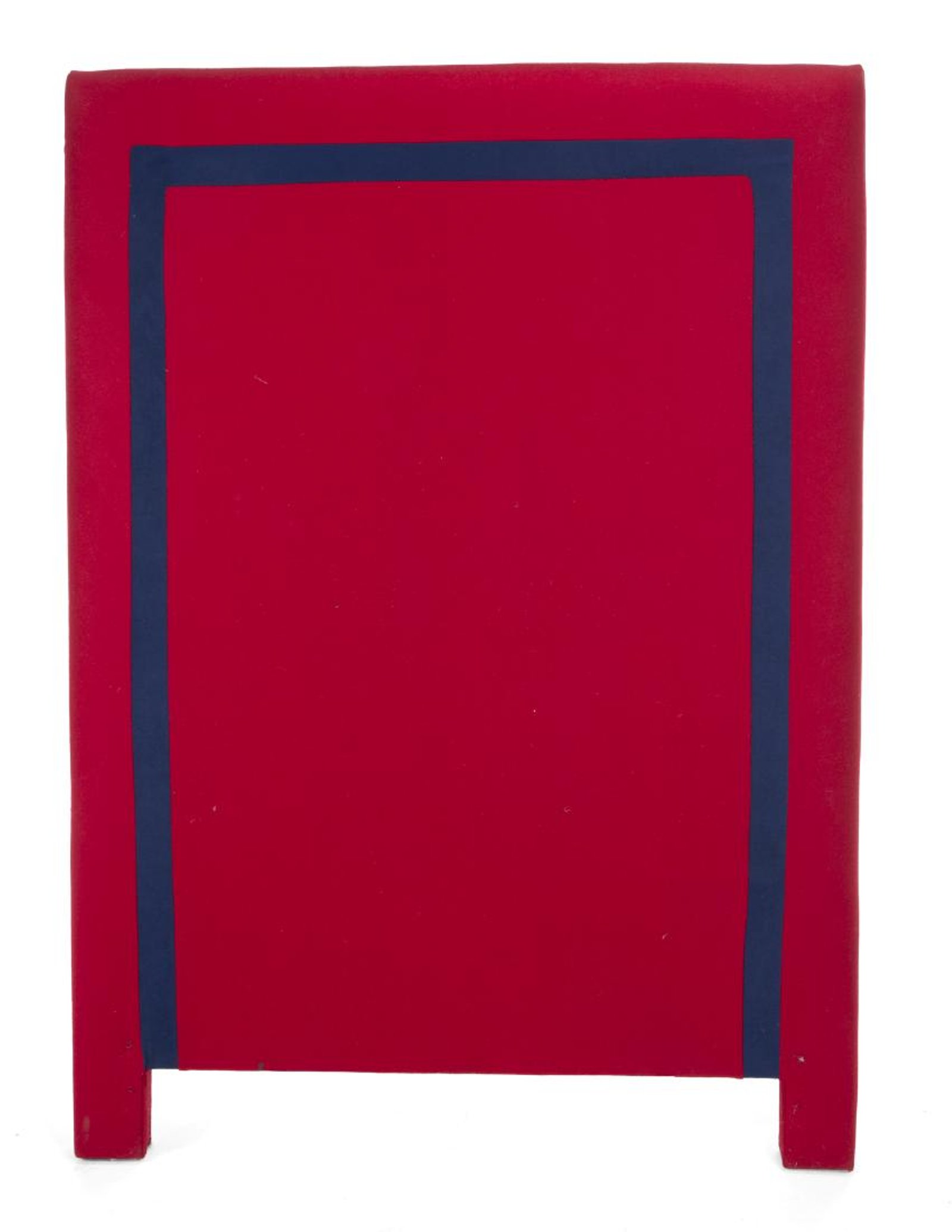 Move over, baby shoes, we have a new saddest-six-word-story in the world: For sale: Kids’ headboards. On brand. 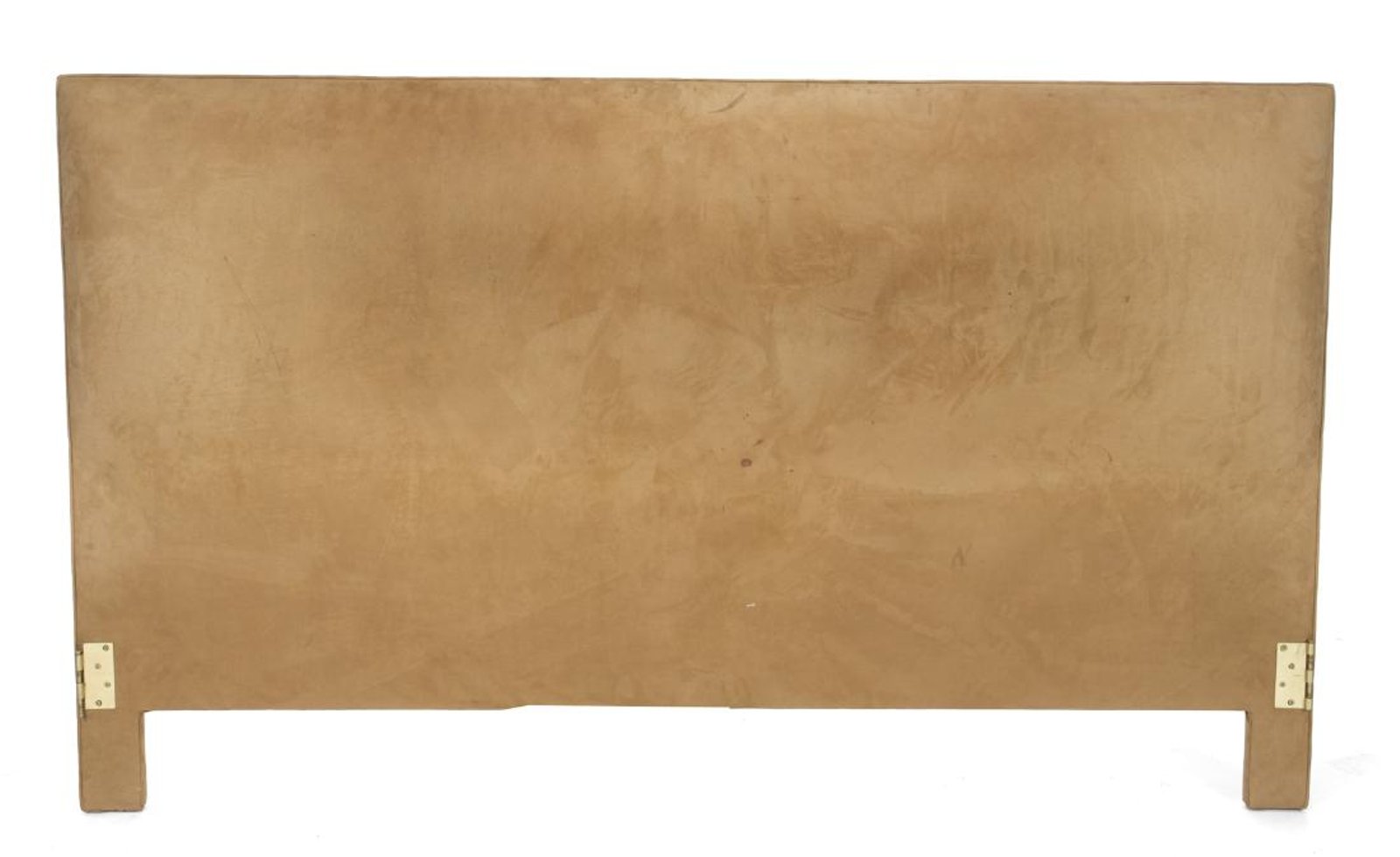 Lot 190 and Lot 191 Two Pairs of Twin Upholstered Headboards.
Lot 205: Beige Suede Headboard
The fake Hermes #painting pushed me over, but it was these headboards that dragged me to the edge. I know from headboards. From headboards-as-paintings. From headboards as markmaking narrative colabos with the greasy haired heads of celebrities. And yet. These headboards are flying out of the truckbed of my practice and landing on the shoulder of the 10 near West Covina, and no one gives a damn or stops to pick them up. [update: lmao $75/pr for the diptychs, and $150 for the suede. ew.] 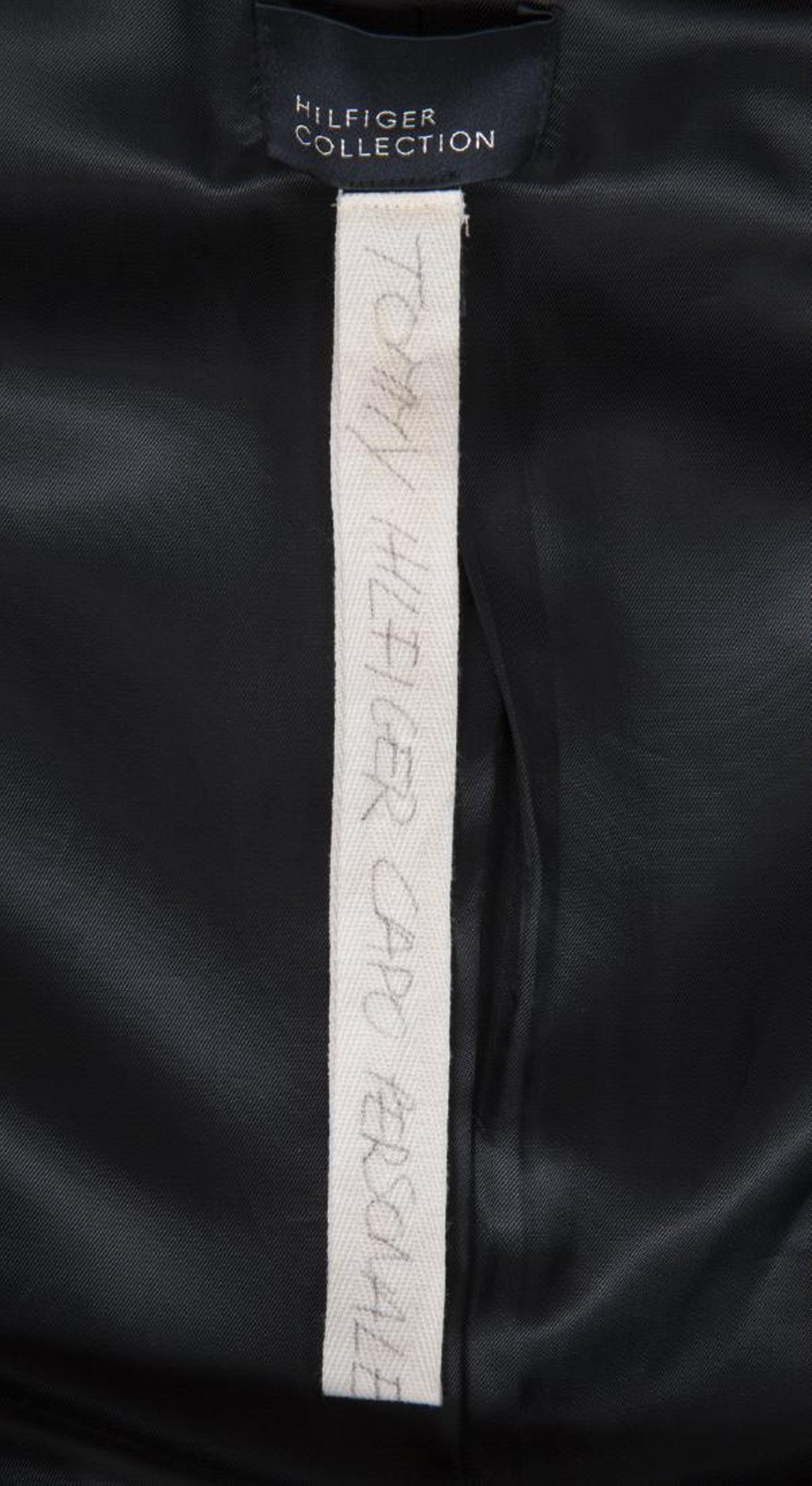 Lot 333: Tommy Hilfiger’s Tommy Hilfiger Suits
“from the wardrobe of Tommy Hilfiger…Both are labeled ‘Hilfiger Collection’ with hand written bias labels are inscribed ‘Tommy Hilfiger Capo Personale.'” aka, the world’s sorriest zip. [update: are you serious, $500 so you nestle yourself up in that guy’s ballsweat?] 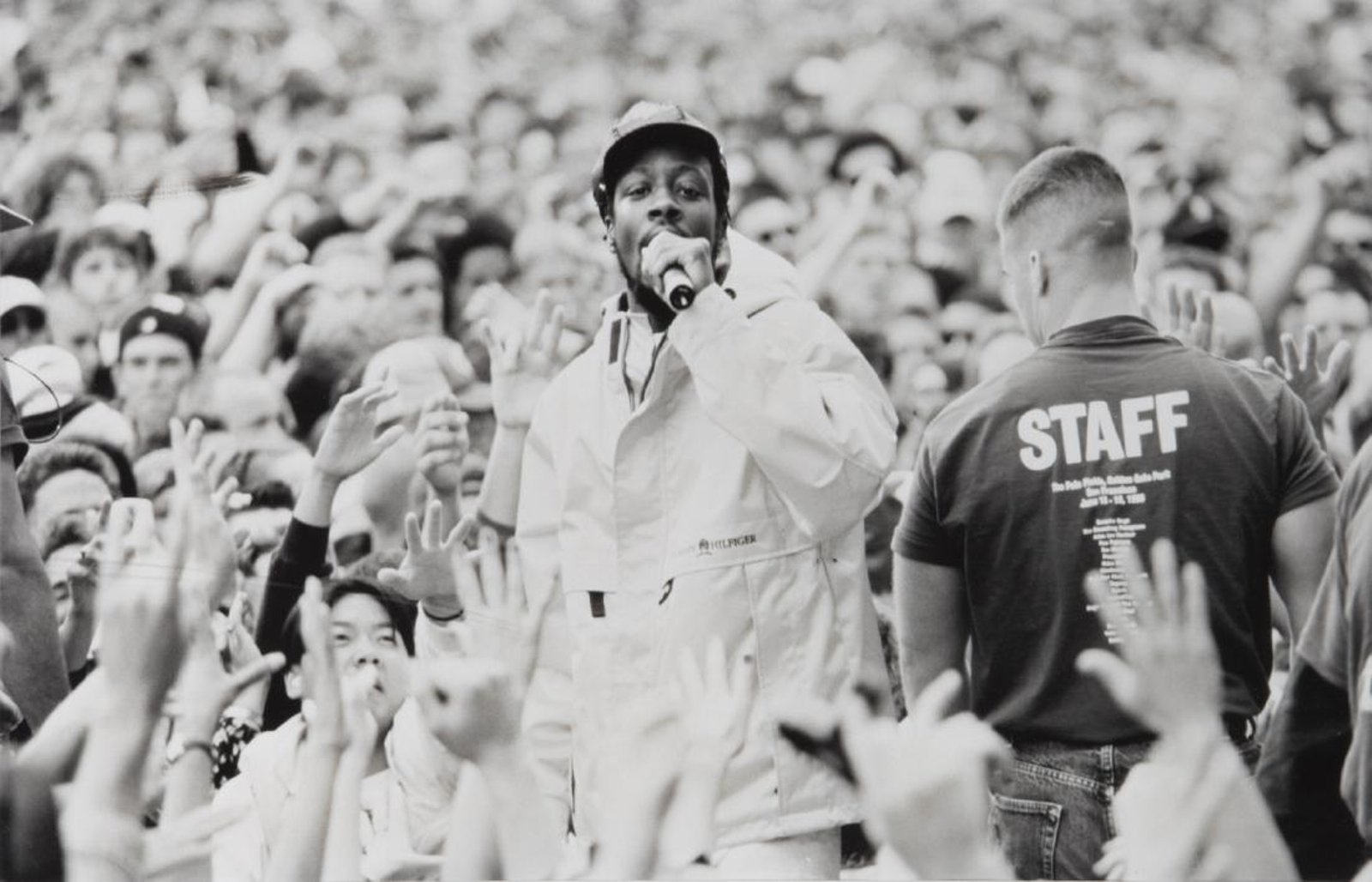 Lot 320: “Photograph of Tibetan Freedom Concert
The event occurred at Polo Fields Golden Gate Park on June 15-16, 1998. The singer is wearing Hilfiger clothing.” “The singer” is Wyclef Jean. The event was in 1996. “19 by 25 inches, framed.” Maybe I should make this into a carpet? Just keep walking. [update: $100, same as the autographed notecard from Rosie O’Donnell. I confess, this was the only sad object I came close to considering. Instead I have $100, so I’m good.]