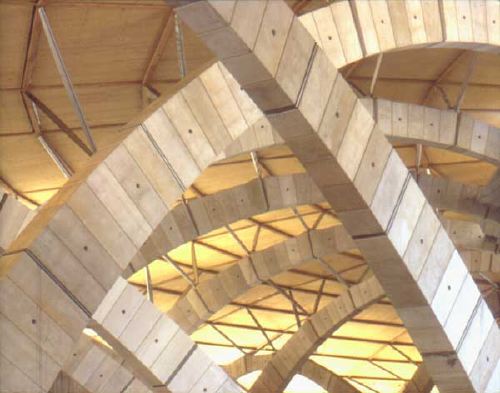 The architect Renzo Piano is conspicuously absent from both the discussion and the process of rebuilding New York City. Conspicuous because he has already designed Manhattan’s next important skyscraper, the headquarters for the NY Times [see the model]. Conspicuous because he is clearly one of The Times’ critic Herbert Muschamp’s favored architects (“Piano is a humanist, perhaps the leading exemplar of that tradition in our time.”) Conspicuous because he developed the master plan for what is the only recent urban undertaking of comparable scale, Berlin’s Potsdamer Platz. Conspicuous because his innovative, forward thinking design for extremely conservative clients (the followers or the controversial saint, Padre Pio) is being hailed as a miraculous masterpiece by the Guardian before it’s even completed. (That Muschamp link above praises it, too. While I like Kansai Airport, my favorite Piano work is still the Menil Collection in Houston. It’s subtly but completely transformative.)
For this massive (6,000-person) pilgrimage chapel, Piano reinvented and reinvigorated the use of the arch–specifically the stone compression arch–a technique with a 2,000-year old legacy. Another interesting characteristic is the building’s discrete siting; “In fact,” Piano says, “it will not be visible until visitors are very close.” These remind me of another “pilgrimage site.” 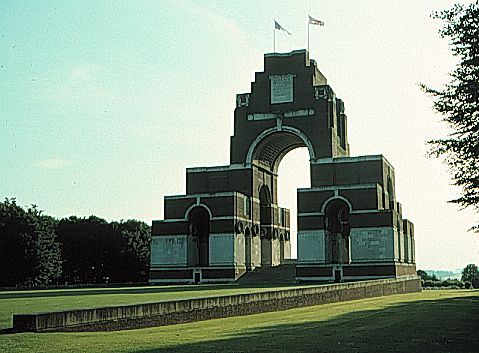 Lutyens’ Memorial to the Missing at Thiepval has been called the “most imaginative and daring use of the arch form.” According to Alan Borg’s War Memorials, the venerable Lutyens took a thoroughly modern approach to an ancient form, infusing the Roman triumphal arch with the essence of even more ancient burial mound architecture. And like Piano’s chapel, the Thiepval memorial is meant to reveal itself (and its lesson on the wages of war) only gradually.
Last December, according to Muschamp, Piano said the architects who could design well for Ground Zero are now only 4 or 5 years old. I don’t think that’s right. Piano also said, (rightly) “Whatever is built, there should first be a great deal of thought and reflection. It’s not only an economic issue but a cultural one. What is at stake is saving the soul of a city, its spirit.”
Lutyens completed Thiepval nearly 14 years after the war ended; he was in his sixties. Considering it’s the exact opposite idea I had when I decided to make a movie about Thiepval, I surprise myself. I wonder if what Manhattan needs is a Lutyens, and if Renzo Piano is it. I hope I’m wrong, because he’s nowhere near the place.