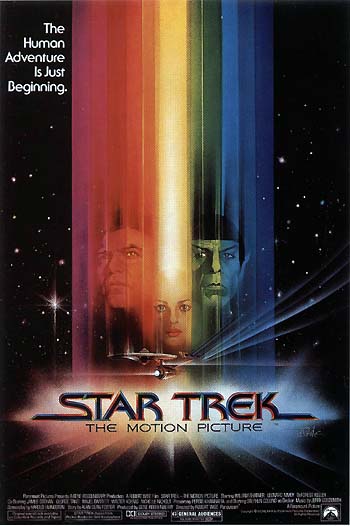 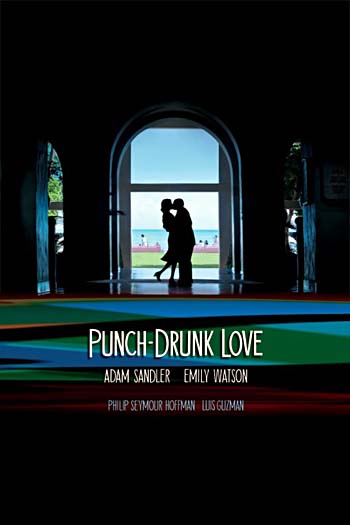 I’m watching Star Trek: The Motion Picture right now, and it’s blowing me away. It’s the first movie, the one with the original crew, the bald chick, and V’Ger, a cloud-like alien vessel with the Voyager space probe at its core. Anyway, wide swaths of the movie are a nearly psychedelic trance, which I never remembered. There’s an incredible 10+ minute abstract FX sequence of the Enterprise entering the vessel. It’s similar to Jeremy Blake’s digital work and the passages he did for Punch-Drunk Love. Or, it’s as abstract, at least. A very unexpected place for such a confluence.

[The visual effects on STTMP were originally led by Richard Taylor, then Douglas Trumbull took over after overruns in the chaotic production’s budget. So far, I think the V’Ger sequence was John Dykstra‘s and Trumbull’s realization of Syd Mead‘s concepts. An interview with Taylor survives for now in Google’s cache: page 1, 2, 3, 4, 5 & 6. Charles Barbee wrote about lighting and shooting the V’Ger Flyover, including accounts of 10-pass in-camera composited shots and finding just the right “glare angle.” Syd Mead discusses creating V’Ger.]
While I mentioned before that elements of the Star Trek IV story inspired the latest script for the AYUAM, it turns out that several ideas from this Star Trek worked in as well. I’m not unaware that these are considered two of the lamest Star Trek films made (“The V’Ger flyby was interminable.”). Combine this with the fact that I don’t like musicals, and I find myself deeply engaged in something I should be hating, but instead, I’m loving it. Can someone explain this to me?