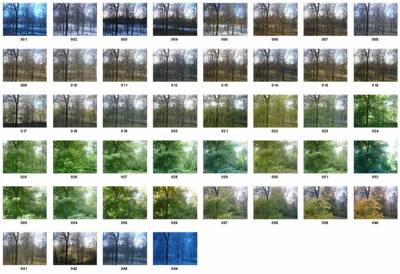 All through 2005, Eirikso shot photographs out of his window in Norway at random times and on random days. Then he merged them into a single, 3.5 minute or so movie using Photoshop and Sony Vegas Video.
See the film, download the film [which he also output to 720p HD, for television viewing], and read about how he made the film at eirikso.com.

The Video Of The Seasons In Norway [eirikso.com via boingboing]