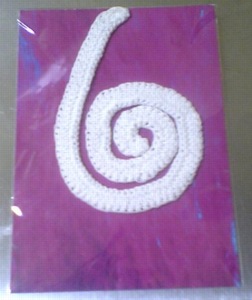 Yow, didn’t realize how radio silent it’s been around here. I’ve been working on a couple of deadlines, one article I’ll go into later, and a lecture I’m just tightening up right now.
I’m heading off to Salt Lake City to speak at the University of Utah’s Visiting Artist [sic] Lecture Series. Given the venue, I’ll be talking a bit about Robert Smithson [who also rather famously gave a lecture at the school in 1972], the Spiral Jetty, and some of the stories and themes from both the blog here and my articles for the NY Times.
If I were pressed for a poetic theme, it’d be the mutable afterlife of a work of contemporary art. If I were presenting at CAA, I’d try to come up with a zingy title involving money. One thing that strikes me about most of the art historical world is the willful blindness on subjects of the market and its relationship to art and how it’s produced and consumed.
Once when I was talking to Tobias Meyer of Sotheby’s, he used the term “economic curatorship,” something of an attention economy wherein works get greater attention and exposure precisely because of their prices. It’s an undeniable effect, but unless you’re an auctioneer, money is usually only mentioned in relation to art in an uncritically pejorative way.
This is all part of what I’m thinking about for the talk–the audience will include BFA and MFA students as well as art history folks, as well as my Utah relatives up to two or three times removed, I hear–how much of it goes in is still TBD.
If you’re the reader of greg.org who’s in Salt Lake City and who’s not related to me, you should feel free to come, too. Tuesday, Apr. 3 at 5pm, ART 158, in the Fine Art building, just between the library and the museum.
There’s some webcasting/podcasting/streaming element to it as well; as soon as I figure that out, I’ll post it here.