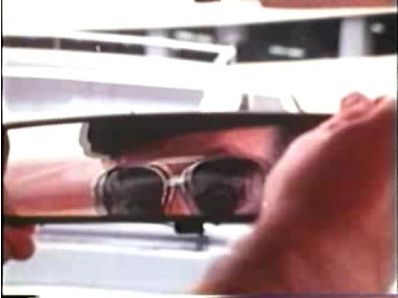 First off, what is up with the Seventies? Those folks was funny. This 1972 documentary about what a lovable failure of a city Los Angeles is stars pioneering urban planning theorist Reyner Banham, who fairly bumbles through hippie dippy, go-go dancing California as if he were Lytton Strachey. It’s like Mondo LA, but produced by the BBC. 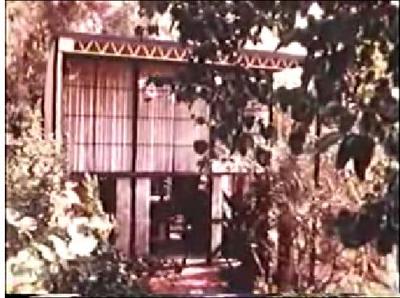 As a time capsule, the film’s almost quaint. Banham plays everything with bemused befuddlement, eating a pineapple sundae while he interviews “painter and photographer of the local scene” Ed Ruscha in a giant convertible at the drive-in, or innocently engaging the security guard about why he can’t cut through the ur-gated community of Rolling Hills.
It can boggle, too, though. When ruminating on the city’s preference for stand-alone homes to larger multi-story housing estates, Banham actually says about Watts, “even the ghetto people have nice, little houses.”
Some things hold up, some don’t, and in a laugh-so-you-don’t-cry way. There’s a hint of irony that LA’s great sunsets are caused by all that car pollution, but otherwise, the freeways and the car-centric culture are still only amusing.
Banham offhandedly compares the partitioned-off Rolling Hills to “the Balkans before 1914,” not knowing, of course, what would happen to the Balkans of the late 1990’s [or what would happen in the LA riots after the Rodney King verdict, for that matter].
And Banham Loves Los Angeles dovetails very unexpectedly with another outsider’s look at an inscrutable place, Antonioni’s Chung Kuo. The punchline to this narration by Banham’s imaginary 8-track freeway tour guide writes itself:

Coming up now on your right is the world’s biggest toy and game factory.
From here, Matt Mason space toys, Hot Wheels cars, and Barbie dolls go to all parts of the free world.

Antonioni’s film focuses on people, with the city as a backdrop, and ends up revealing a stunning, fascinating country that’s now been utterly transformed, including in its architecture and urban fabric. Banham’s looks at the city down–there are dozens of long helicopter shots–but most of the people we see are the passengers on the star homes bus tour.