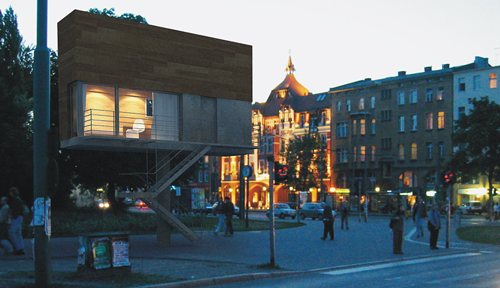 When I saw images of front architecture’s billboard-shaped house-on-a-pole floating about, the first thing I thought of was one of the first sculptures by Michael Ashkin I ever saw. 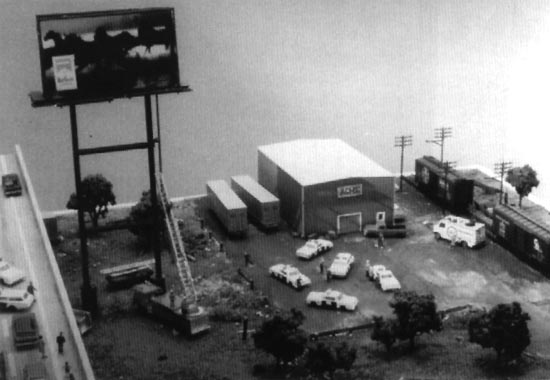 It’s title, “For Months He Lived Between The Billboards,” pretty much says it all. It’s from 1993. Like the sculptural work of the mid-to-late 1990’s for which Ashkin first became known, “Between The Billboards” is a table-sized diorama made of model train pieces.
Unlike the later pieces, wasted desert and industrial landscapes which were abstract enough to evoke minimalist paintings, “Between The Billboards” is explicitly narrative. Still, they all feel like they were scenes from the same JG Ballard-by-way-of-Robert Smithson-and-Antonioni movie.
There’s a better reproduction out there somewhere. [It was in Harper’s Magazine, fwiw] this one’s from the collector, Howard Tullman’s site [tullman.com]