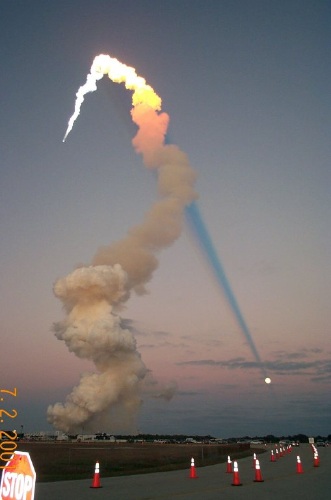 The newly redesigned Design Observer would’ve been awesome even without hosting the archive of Places: Forum of Design For the Public Realm, a print journal published by the architecture faculties at MIT and UC Berkeley from 1983 until Spring 2009.
One of the first pieces to be republished is an interview from 1983 with James Turrell conducted by Kathy Halbreich, Lois Craig, and William Porter. Much of the discussion is about Turrell’s “most ambitious current project,” Roden Crater, which is only now nearing completion, 25 years later. A couple of interesting parts, the first of which is only interesting insomuch as it kind of puts paid to Michael Kimmelman’s recent [sic] lament over dwindling museumgoer attention spans and how people only stand in front of the Mona Lisa long enough to take a picture. Turns out a) duh, b) duh, and c) Turrell’s been looking at looking for decades now:

Places: You’re really challenging the 15-minute museum experience. There’s a requirement, there’s a demand in this to be somewhere.
Turrell: Well, if you don’t do that, then, it’s just the emperor’s clothes. Either you do the work or you forget it. There is a price of admission and most people don’t pay it.

Now for something I didn’t know, even after decades of looking:

Really? Really. With formulas and diagrams and everything. The anti-twilight arch, or as the Victorians called it, the “Belt of Venus,” is also new to me. If there’s anything more banally sublime than the Mona Lisa, it’s a beautiful sunset. And yet there you go.
Sounds like it’s time to break down and read The Nature of Light and Colour in the Open Air, Marcel Minnaert’s almost quixotically exhaustive and hugely influential attempt to pin down and explain all the phenomena of light in the world. Turrell mentioned it last Spring.
The photo above of a 2001 space shuttle launch at sunset shows part of the exhaust plume in the earth’s shadow, and part of it illuminated by the sun. Apparently, the shadow of the plume itself, which only appears to connect with the moon, is called the Bugeron Effect, [or Burgeron Effect?] which is apparently different from the Bergeron Effect . So that’s like three or four things I didn’t know, and one I still don’t. here’s a normal picture of the earth shadow rise. [via nasaimages.org]
Posted [sic] 07.15.83 An Interview With James Turrell [places.designobserver.com]