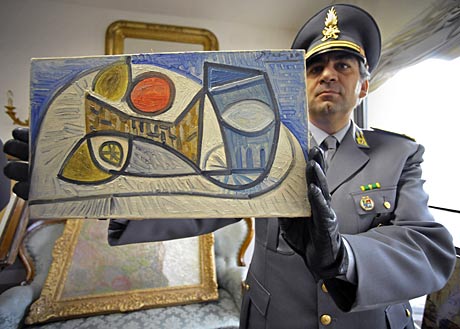 Whoops, looks like the number of spectacular corporate fraudster’s secret art stashes about be pawned off to unnamed Russian collectors has dropped by one. The Guardia di Finanza del Nucleo Polizia Tributaria in Bologna raided several Parma homes of friends and family of Calisto Tanzi, and seized 19 artworks that he long claimed did not exist. Tanzi was convicted in 2003 of embezzling more than 800 million euros from Parmalat, the milk-in-a-box giant he founded and drove into Europe’s biggest bankruptcy. He was sentenced to 10 years in prison. [clarification/correction: the bankruptcy was in 2003. The looting and fraud-related conviction was in 2008. Tanzi is currently free on appeal.]
Last week, Rai 3 reported that Tanzi’s son-in-law was secretly trying to sell the art to a Russian billionaire. I’m looking for images and details of the loot. Meanwhile, here’s a translation of the Libero News report, which has the most complete list of the works I can find. Typical mogul stuff, it gets pretty boring pretty quickly:

[pictured above, with the Monet on the sofa in the background]

[pictured in the BBC report]

So a lot of small works on paper, and a couple of seemingly un-smugglably large paintings of not-so-much importance or value. The best-sounding piece by far is the Monet [below, from the BBC’s slideshow]. But there’s little to warrant the term “masterpiece” at all, and it’s hard to see how to get to the EUR100 million value the police claim the stash is worth. But it makes for a neater headline. 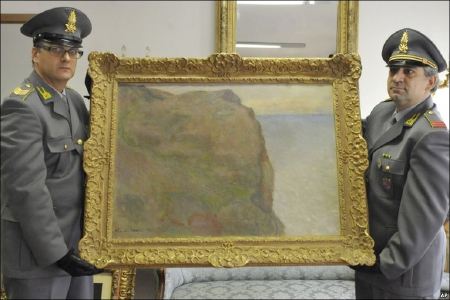 Holy smokes, this Rai 3 news report is enough to give art handlers a heart attack:
The Van Gogh is just a drawing: 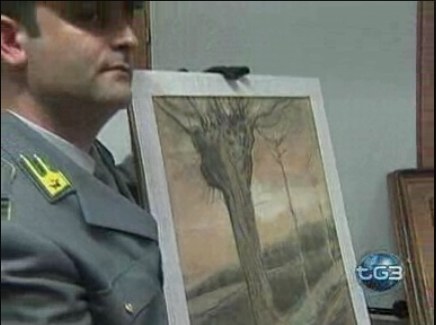 Here’s the Van Gogh propped up next to the Cezanne, with the Degas propped on the chair arm above: 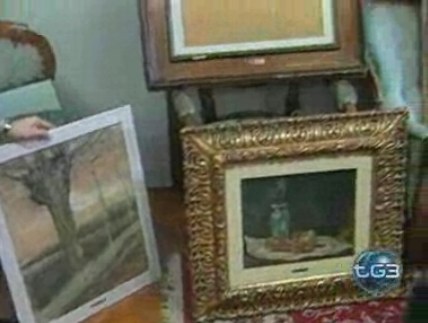 A closeup of the Cezanne, looks kind of early to me: 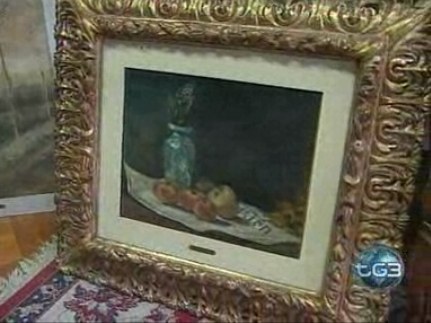 The Degas is a wisp of a sketch: 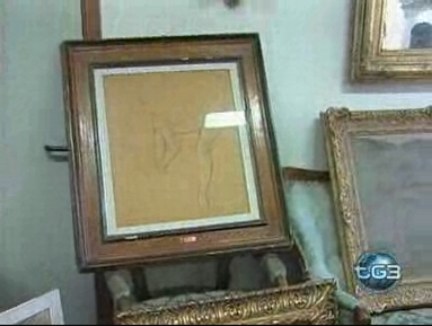 The Picasso, with the Ligabue [L] and the Favretto [R] leaning behind them: 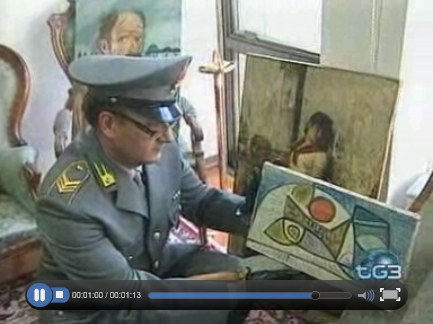 You have to watch the video for the full effect of the policeman shuffling the Ligabue to the ground while one-handing the Monet. The guy on the right is different, so I guess all the police took turns posing for the cameras with their booty: 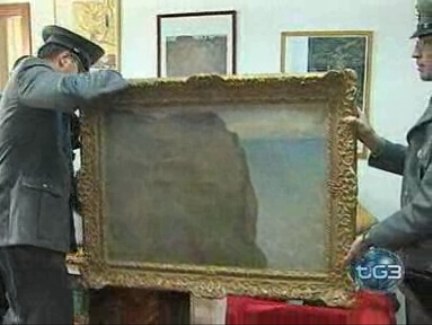