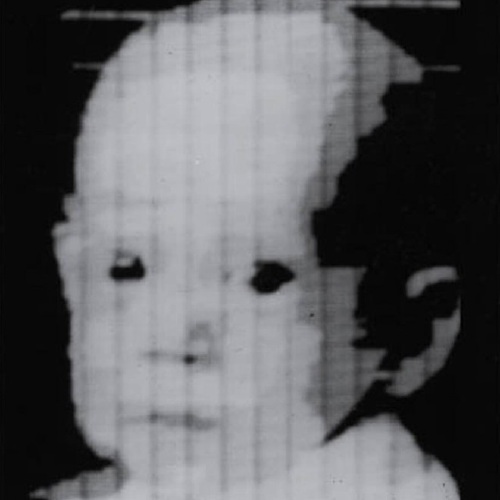 53 years later, the guy who invented the square pixel regrets the error.
In 1957, NIST computer expert Russell Kirsch scanned the world’s first digital image [a photo of his infant son, above] using the country’s first programmable computer. To accommodate the memory and processing capacity of the available equipment, Kirsch had the computer break the image up into a 176×176 grid, and to assign a binary color value, black or white, to each of the resulting 30,976 square pixels.
Apparently, it’s been eating at him ever since, because he has, at age 81, published a suggestion for increasing the “precision and accuracy in scientific imaging” by replacing uniformly square pixels with pixels of variable shapes.
I do not know enough about compression algorithms and data/information loss to know whether Kirsch’s proposed method is either necessary or superior to the state of the art. But it is most fascinating to see one of the inventors of digital imaging remain so engaged and critical of the system he helped bring forth.
And frankly, though I don’t know any of the history or the context, I don’t necessarily agree with him that the grid and the square pixel was an “unfortunate” solution. In the 50+ years since the square pixel became the irreducible unit of visual information, it has acquired its own aesthetic and cultural context.
[Looking through the NIST Museum site, it sounds like the “serious mistake” was using a binary [i.e., b/w] basis for computer scanning in the belief that it was an accurate representation of human neural activity and visual data processing. It also sounds like the NIST folks started trying to correct for it almost immediately.]
When he completely agrees with me and validates my own assumptions, however, I agree with him completely. The man is a genius and a living legend:

PDF: Kirsch, Russell A., “Precision and Accuracy in Scientific Imaging” [nist.gov]
Square Pixel Inventor Tries to Smooth Things Out [wired.com thanks Joerg Colberg, who has been experimenting with cooler-shaped pixels himself lately]
related? coloring the pixels of Mariner 4’s first image of Mars by hand